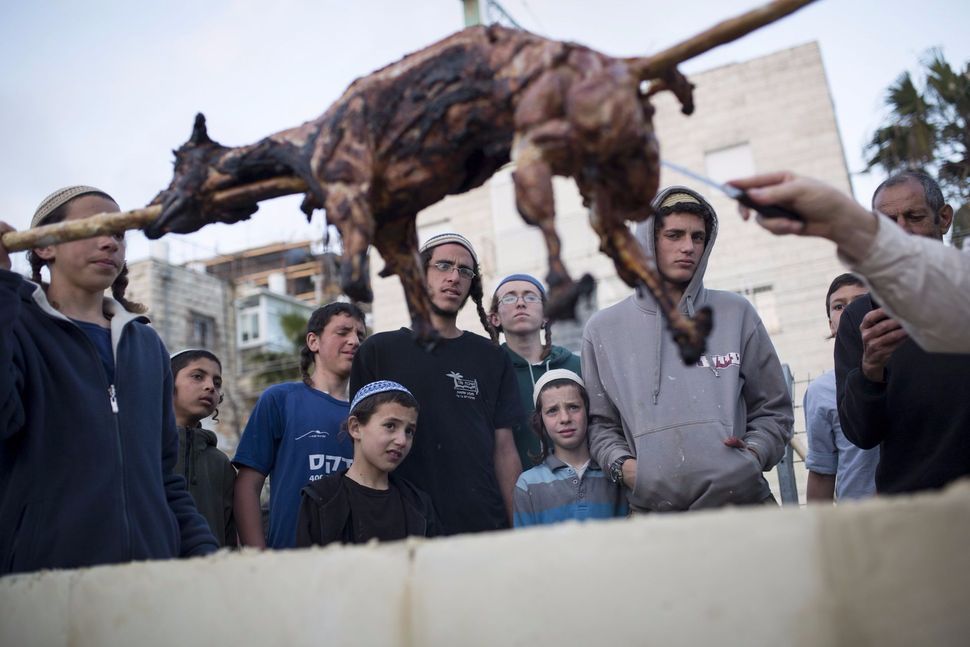 A scene from the 2015 Passover sacrifice. Image by Tali Mayer/Haaretz

Jewish activists who want to rebuild the holy temple in Jerusalem are hosting a provocative Passover sacrifice in an archaeological park adjacent to the Temple Mount this year, Haaretz reported.

The ceremony at the Davidson Center will likely be met with opposition from the Islamic Waqf which controls the Temple Mount, known to Muslims as the Noble Sanctuary.

Temple Mount activists hope to rebuild a Jewish temple there in accordance with Jewish prophecy, and for some the plan would involve obliterating Muslim holy structures on the site, including the Dome of the Rock.

It’s unclear whether police have given approval for the sacrifice. According to the Haaretz report, sources say they have received a verbal go-ahead from the police, but the police say they are still discussing the event.

Tensions over Jewish activity on the Temple Mount have lead to eruptions in violence in the past between Israelis and Palestinians.