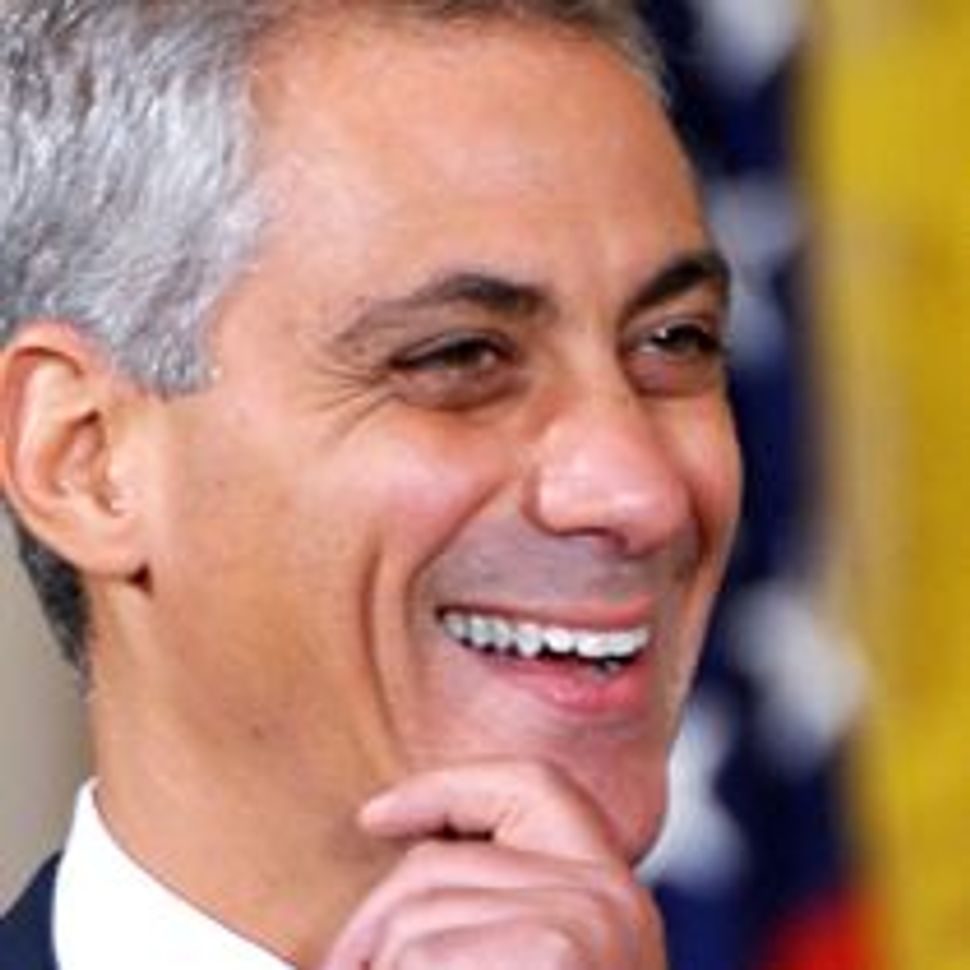 Invoking his Jewish grandfather’s battle with anti-Semitism, Chicago mayor Rahm Emanuel penned a Chicago Sun Times article decrying the rise of bigotry in Trump-era America and the limitations being imposed on immigration.

“My grandfather came to a city of opportunity, not a country that breaks up families at the border,” Emanuel wrote of his maternal grandfather, Herman Smulevitz who fled anti-Semitic pogroms in Europe a century ago.

Emanuel was among the first mayors to declare their cities sanctuary places for immigrants, where local authorities will not cooperate with federal agents seeking to deport or arrest undocumented immigrants.

In his opinion piece, Emanuel reminds readers of the “Righteous Among Nations” memorial at Israel’s Yad Va’Shem Holocaust museum that honors non-Jews who helped saved Jews.

“Today, we must all be the righteous among the nations with the courage to speak out against the hatred and ugliness whirling around us,” Emanuel wrote.