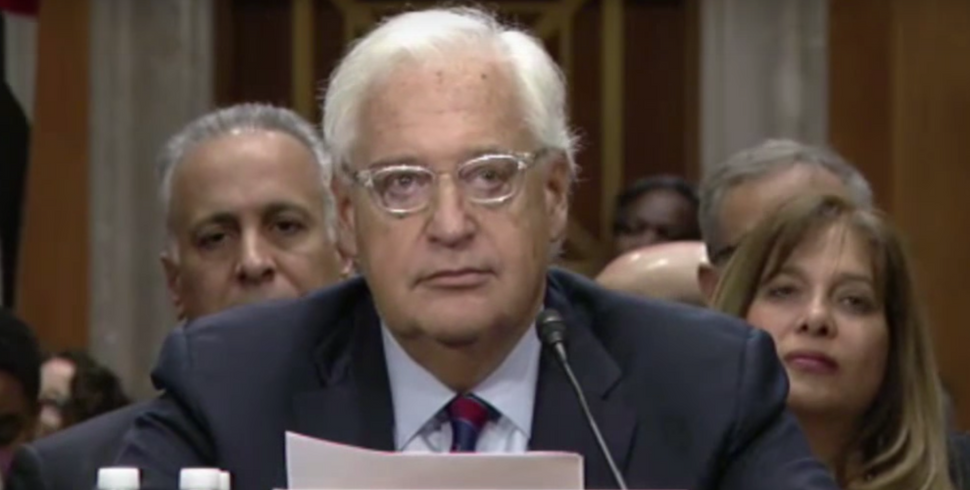 WASHINGTON (JTA) — David Friedman’s Israel connections, a factor that helped dampen Democratic support for President Donald Trump’s nominee as ambassador to Israel, will be a “tremendous asset” to advancing peace, the White House said on the day of his swearing in.

White House spokesman Sean Spicer told reporters on Wednesday that Trump “is glad that Ambassador Friedman will be officially on board as we strive for a lasting peace in the Middle East.”

“Mr. Friedman’s strong relationships in Israel will be a tremendous asset to the president in furthering that mission,” Spicer said.

Friedman, confirmed last week in a mostly party-line vote, had drawn opposition from Democratic senators, mostly because of his intemperate attacks on liberal Jews in the past – which he apologized for during hearings – but also because of his deep philanthropic investment in the settlement movement, and his ties with settler leaders.

Vice President Mike Pence swore Friedman in later the same day. Friedman, a longtime lawyer to Trump, used the Hebrew bible. He also used the phrase “solemnly affirm,” which is preferred by observant Jews at swearings-in to “solemnly swear.”