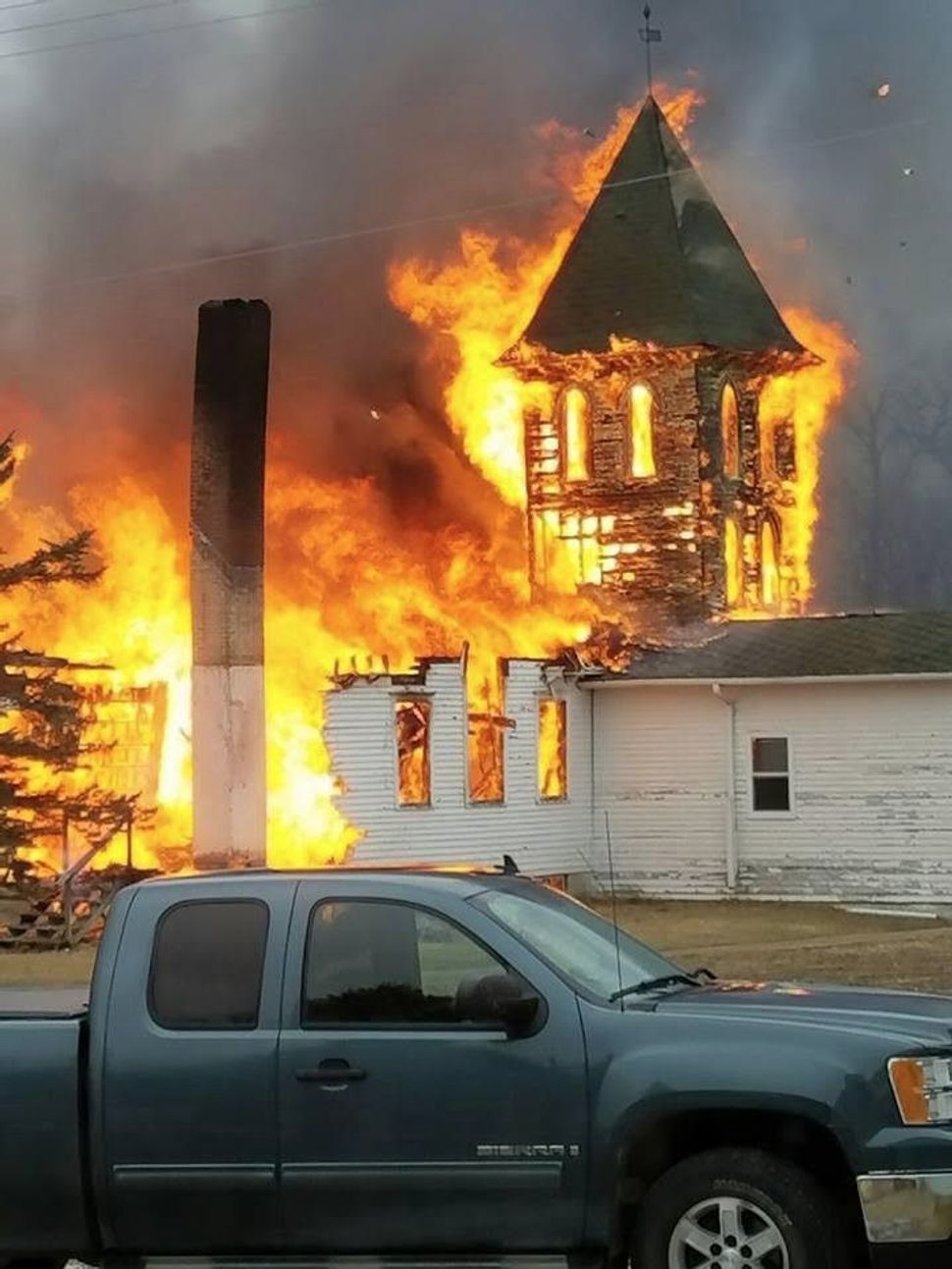 The white nationalist whose church was burned to the ground in North Dakota said he has hopes of rebuilding the structure — and naming it after President Trump.

“If they want to keep pushing I just may very well retain the lot and build a building there and still make The President Donald J. Trump Creativity Church of Rome,” white nationalist Craig Cobb told the Bismark Tribute.

Cobb had previously tried to establish all-white enclaves in Nebraska, Kansas and other towns in North Dakota — a project known in white nationalist circles as a “Pioneer Little Europe.”

Cobb bought a century-old church in February and said he planned on dedicating it to a white nationalist organization called the the Creativity Movement, which the Southern Poverty Law Center calls a neo-Nazi group. But before Cobb could realize his project, the structure was engulfed in flames.

Trump is not associated with the Creativity Movement, but Cobb has vowed to dedicate his structure to the president.

The Pioneer Little Europe is a concept that “envisions consolidating white people in racially homogeneous communities to push out other ethnic groups,” according to the SPLC.