Hundreds Of Israeli Protesters March To Denounce 50 Years Of Occupation 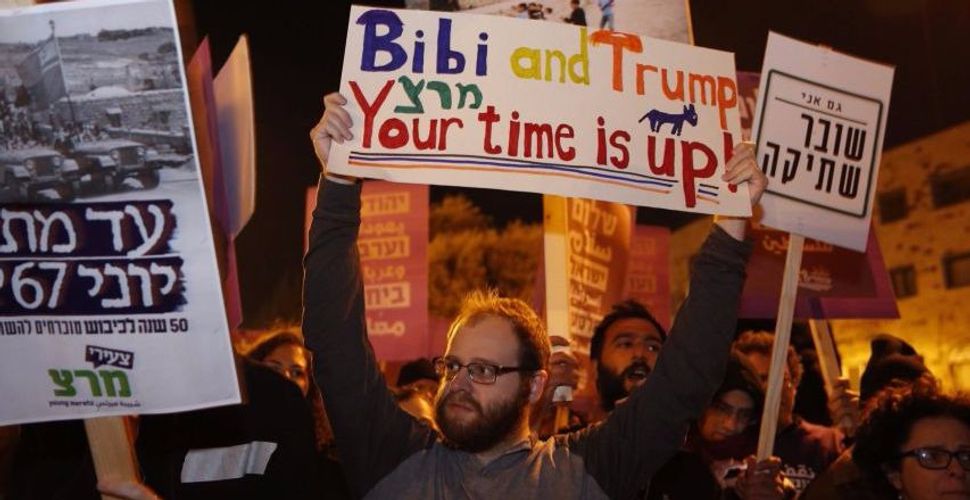 JERUSALEM (JTA) — Hundreds of Jewish demonstrators marched in Jerusalem to protest 50 years of Israeli control of the West Bank.

The march on Saturday night marked 50 years since Israel captured the West Bank during the Six Day War. It was organized by Omdim Beyachad, or Standing Together, a joint Jewish-Arab umbrella organization including pro-peace organizations and left-wing groups, as well as several left-wing political parties, according to reports.

The group said the march was for “peace and an end to the occupation.”

The protesters marched from western Jerusalem to the Old City’s Jaffa Gate. Organizers estimated there were 2,000 protesters, according to the news agency AFP.

The march came hours after a Palestinian teen stabbed three people in the Muslim Quarter of the Old City of Jerusalem.

Hundreds Of Israeli Protesters March To Denounce 50 Years Of Occupation