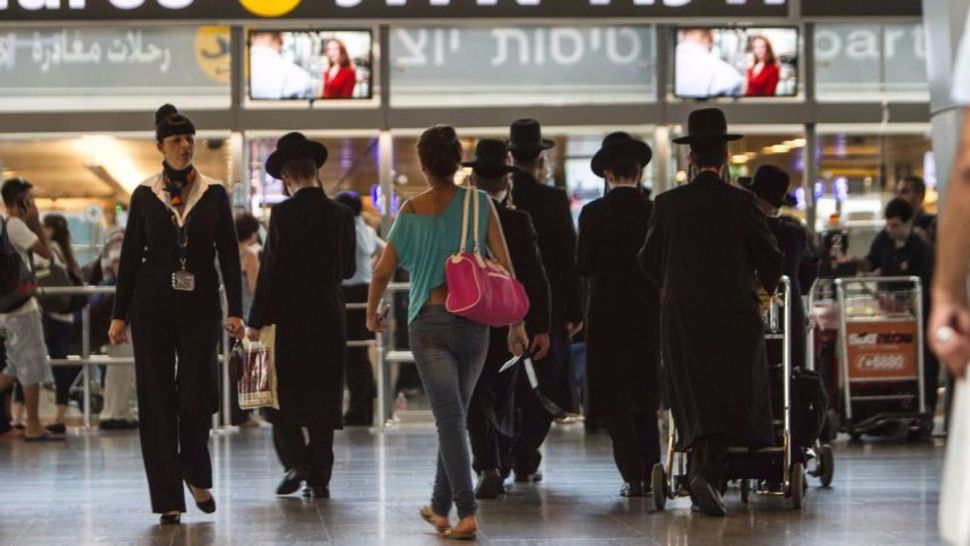 An ultra-Orthodox group is threatening to disrupt operations at Israel’s Ben-Gurion International Airport during the busy Passover holiday week with protests against the drafting of yeshiva students into the army.

A body calling itself “the committee for the rescue of the world of Torah” took out ads in ultra-Orthodox media outlets, saying that the planned “mass protests” are meant to send an unspecified “message to the nations of the world.” Protesters would be “carrying signs in English and other languages” to draw the attention of “ foreign tourists,” the ad said.

The ad said passengers should be ready for flight delays, and recommended that they arrive at the airport early or even change their flights to avoid congestion caused by the protests, which “we will be forced to carry out at various times without prior notice.”

According to the Airport Authority, 1.6 million people are expected to pass through the airport on about 10,000 flights throughout April.

The movement has organized several protests in recent weeks after three ultra-Orthodox men were arrested for shirking the draft. The three yeshiva students had ignored summonses calling them to report to the army to arrange a deferment, as most ultra-Orthodox males of draft age do.