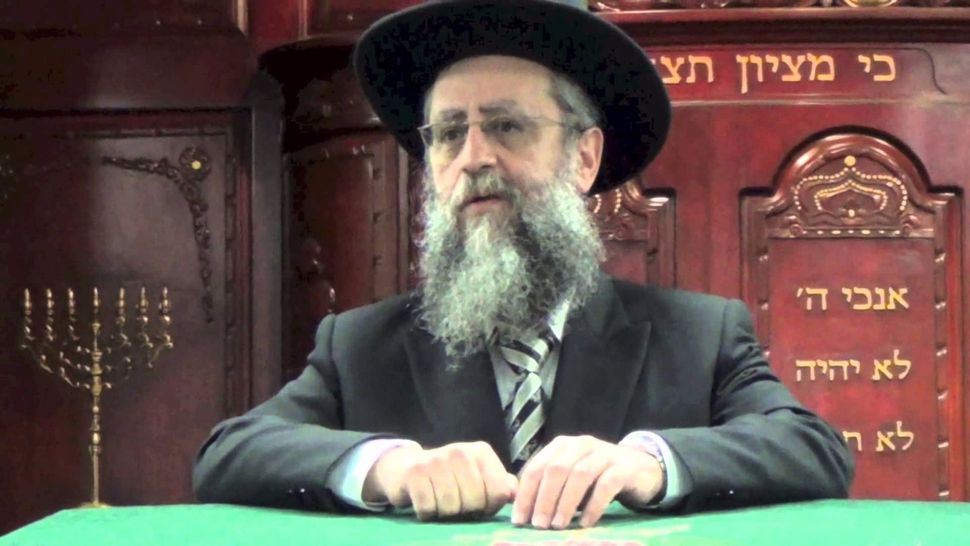 Reform Jews are the “wicked son” described in the Passover Haggadah, the Israeli rabbi David Yosef said yesterday in a speech at a Jerusalem synagogue, according to a report in Arutz Sheva.

Yosef, the son of Rabbi Ovadia Yosef, the Sephardic spiritual leader who died in 2013, is a member of the rabbinical council of Shas, the Isareli ultra-Orthodox party.

In a Sunday night lecture, Yosef condemned Reform Judaism, the largest Jewish denomination in the U.S. “They say they believe in God,” Yosef said, according to Arutz Sheva. “At least they say so; but I don’t know how it’s possible to believe in the Torah and to eat leavened bread [during Passover].”

Yosef compared Reform Jews to the “wicked son” described in the Haggadah. “What is bothering the wicked son?” Yosef asked, according to Arutz Sheva’s translation. “The wicked son comes as says ‘What does this service mean to you?’ – in other words [the wicked son is asking], what are these commandments? In effect he [the wicked son] says you should be a Reform Jew; Judaism is a bunch of nice practices, tradition, and all kinds of pretty words [says the wicked son].”