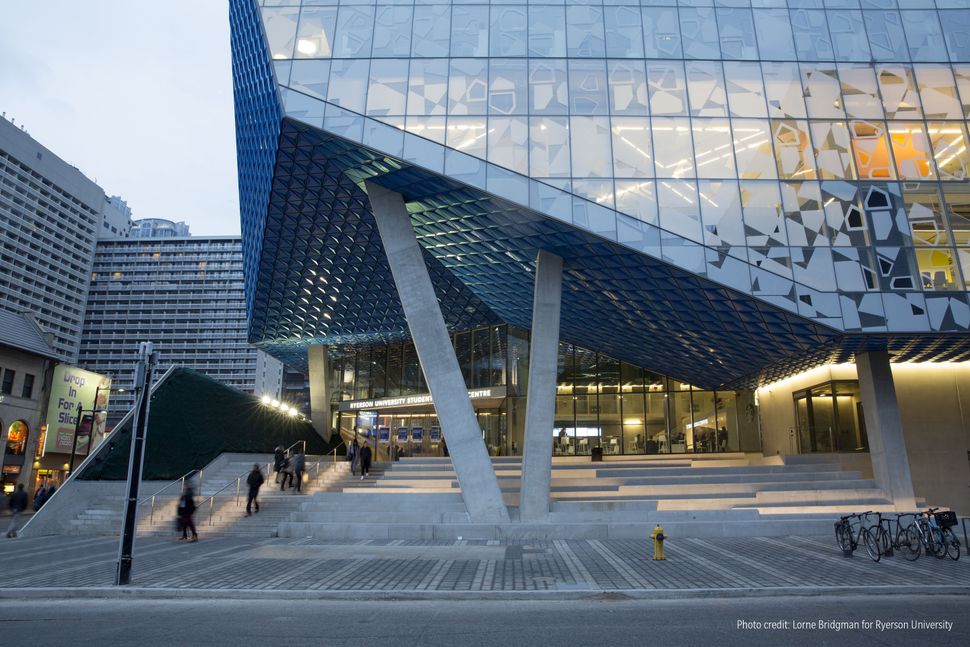 (JTA) — The student union at Ryerson University in Toronto has voted to adopt a broad definition of anti-Semitism.

The definition adopted last week includes the denial of the Jewish right to self-determination, the application of double standards to the State of Israel, the comparison of contemporary Israeli policies to that of the Nazis, and the use of symbols or imagery associated with classic anti-Semitic tropes, according to Bnai Brith Canada.

The definition is in line with the one used by the governments of Canada and Ontario.

“After all of the shameful incidents to occur on campus this year, it was especially important for the RSU to adopt a robust definition of anti-Semitism,” said Tamar Jaclyn Lyons, vice president of communications for Students Supporting Israel at Ryerson. “This definition will prove critical in holding bigots accountable for their actions.”

Students Supporting Israel had attempted to convince the Ryerson Students’ Union to adopt a similar definition in 2014, but was rejected.

The Centre for Israel and Jewish Affairs said it was not aware of any other university student union in Canada to adopt the Ottawa Protocol.