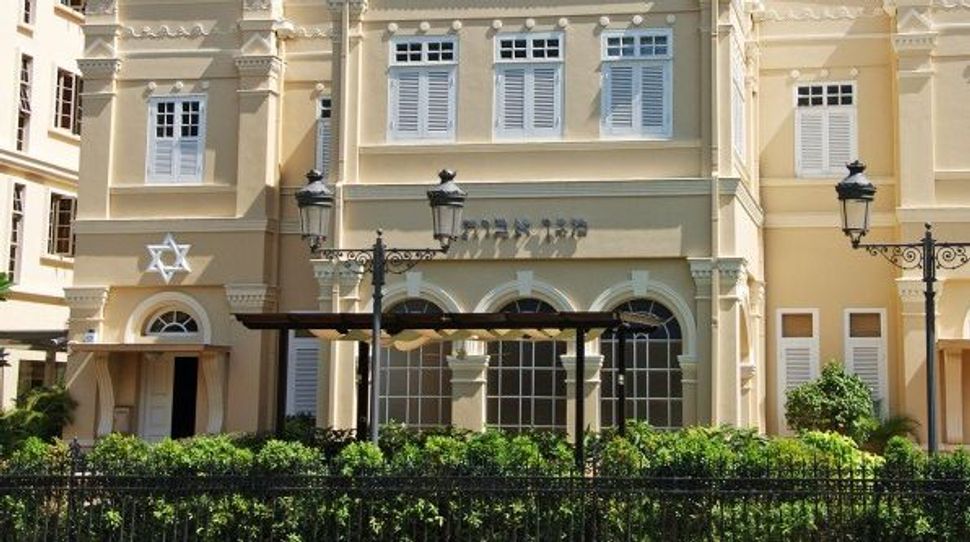 (JTA) — An Indian imam in Singapore who was ordered deported after speaking against Jews and Christians during a sermon visited a synagogue to apologize for his remarks.

Nalla Mohamed Abdul Jameel pleaded guilty last week in a state court to a charge of promoting enmity between different groups on grounds of religion or race for his remarks made at a mosque in January. He was fined $2,860 and ordered deported, the news agency AFP reported.

During a prayer session, the imam said in Arabic, “Grant us help against the Jews and Christians,” citing the Quran as his source, according to court documents, AFP reported.

“Recent events abroad have highlighted how the build-up of anger and resentment among different religious groups can lead to social friction and violence,” the Home Affairs statement said. “The government has the responsibility to act quickly and firmly to repudiate divisive speech, even if the course of action is sometimes difficult.”

On Saturday, the imam visited the Maghain Aboth Synagogue and apologized for his remarks. Rabbi Mordechai Abergel accepted the apology, the Straits Times reported.

“This sends a message that these bonds are not affected, and we share so much more than what divides us,” the rabbi said.