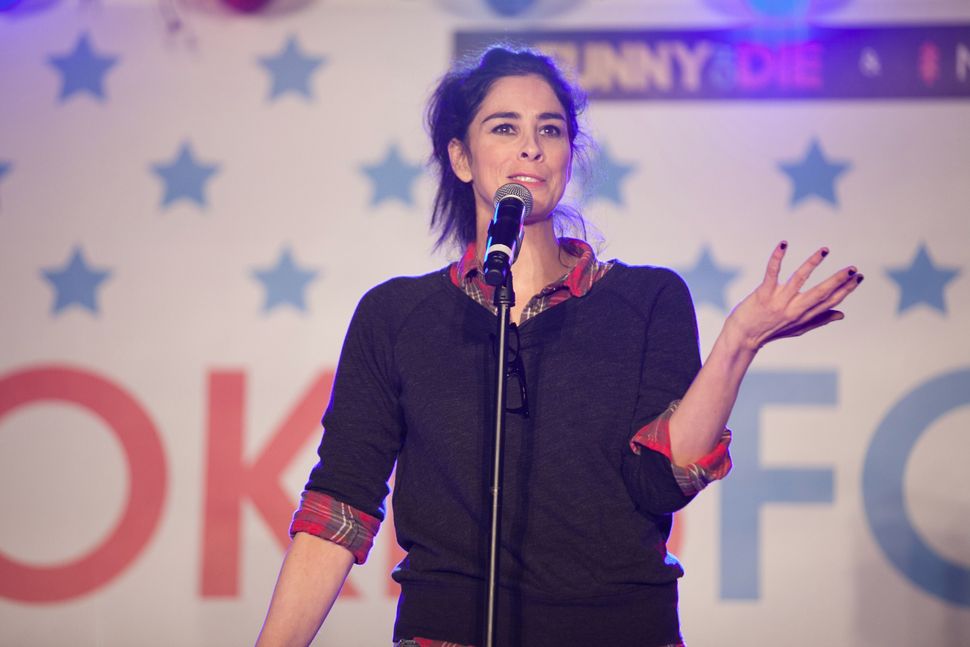 Comedian Sarah Silverman spoke out against Israel’s military occupation in a new Passover Haggadah timed with the 50th anniversary of the 1967 Six Day War, when Israel conquered the West Bank.

“Of all the people, Jews know the bitterness of being oppressed — and not being in our own country,” she wrote. “That’s what makes the occupation all so ironic. Sometimes it’s hard to tell the difference between right and wrong, the situation is complicated and scary, but I’m guessing oppression will always prove to be on the wrong side of history.”

Silverman was one of 30 writers who contributed to the Jubilee Haggadah, which is named for the jubilee year in the bible, when Jews were “commanded to return expropriated lands to their owners and to liberate slaves,” according to the book’s introduction.

The haggadah is a project of SISO — which stands for Save Israel. Stop the Occupation. — a new group made up of Israeli and Jewish diaspora leaders advocating for an end to the occupation on its 50th anniversary. The New Israel Fund also supported the project.

Other contributors include Silverman’s sister, Susan Silverman, a rabbi on the board of Women of the Wall, Forward editor-at-large J.J. Goldberg, Jill Jacobs, the executive director of T’ruah: The Rabbinic Call for Human Rights and Israeli author Amos Oz.