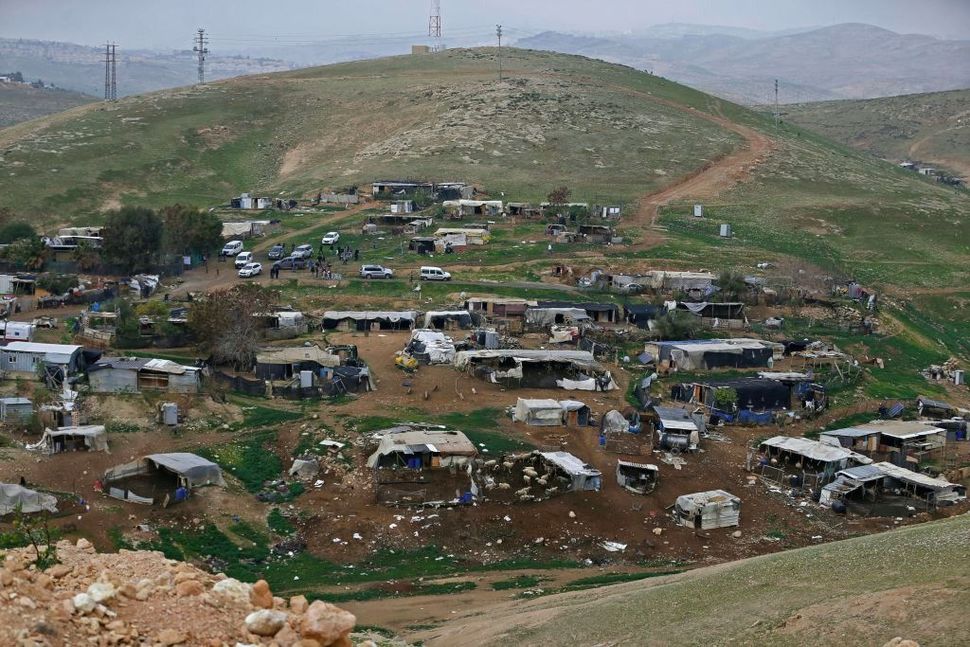 The European Union has expressed frustration with Israel over its demolition of Palestinian homes in the occupied West Bank, with the EU ambassador taking the unusual step of reading out a joint statement denouncing the practice.

The issue came to a head after Israel issued demolition orders last month against 42 homes in the Bedouin village of Khan al-Ahmar, east of Jerusalem, where EU member states Belgium and Italy have funded a school and helped build structures for the local population of around 150.

“The practice of enforcement measures such as forced transfers, evictions, demolitions and confiscations of homes … are contrary to Israel’s obligations under international law,” ambassador Lars Faaborg-Andersen said.

The clampdown against Khan al-Ahmar, located in a sensitive area of the West Bank that Israel has earmarked for settlement expansion, is the latest in a series of demolitions that have been roundly condemned by the EU and the United Nations.

Israel says the demolitions are necessary because the building was carried out without a permit in an area of the West Bank, known as Area C, where Israel retains full control.