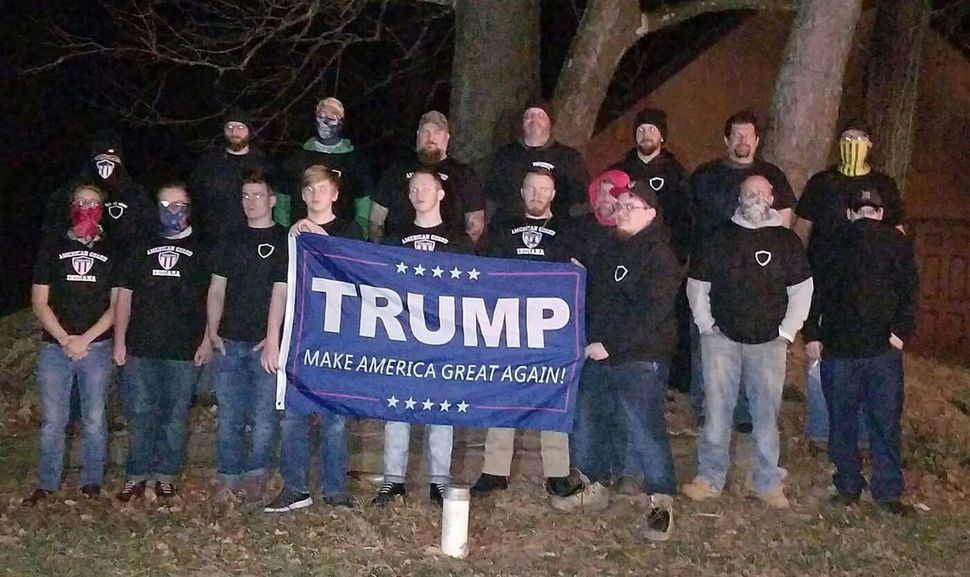 About a dozen white supremacists and members of skinheads gangs attended a rally in support of President Trump last month, saying they were there to provide “security” against left-wing demonstrators.

At a small demonstration at the Indiana State House in Indianapolis on March 25, a significant portion of the ralliers were associated with the American Guard, a militant group with white supremacist ties, according to a report from the Anti-Defamation League.

The American Guard formed in Indiana in 2016 and officially went “national” in February 2017 with the stated goals of “voluntary community protection, activism, and service based around the ideals of American Constitutional Nationalism and the preservation of western culture.” The group said it would aim to “encourage Americans of any race, class or faith to participate with us in these beliefs.”

The American Guard grew out of the Indiana chapter of a group called the Soldiers of Odin USA — which is itself an American branch of an anti-immigrant group that originated in Finland in 2015.

The founder of the American Guard is a long-time white supremacist named Brien James, according to the ADL. He was one of the founders of the Vinlanders Social Club, which the ADL calls a “hardcore racist skinhead gang that has had a high association with violence.”