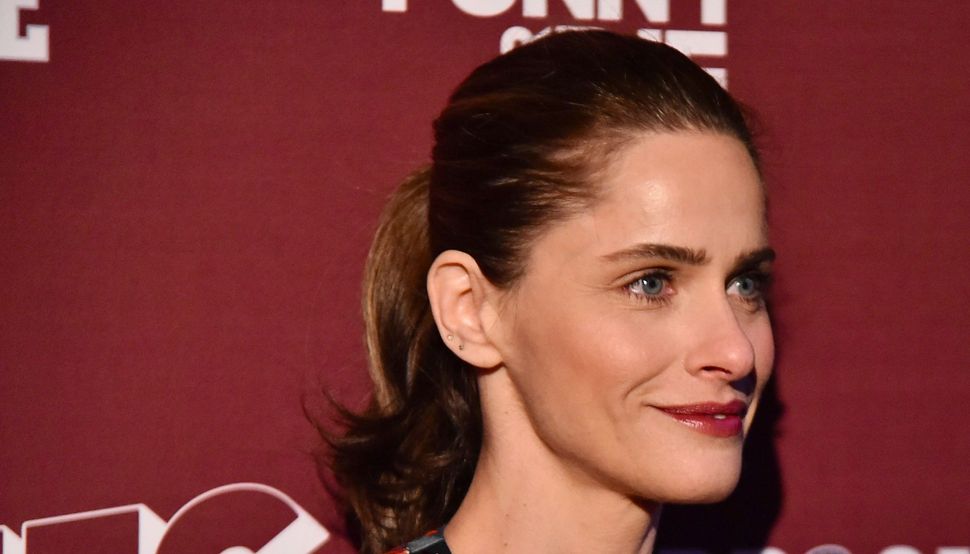 Actress Amanda Peet and actor Hank Azaria were guests on the showWednesday and both were asked about how they like to eat their chocolate Easter bunnies.

Host Michael Strahan supplied the chocolate treats as a segue into talking about a survey on how people eat food (do you eat the bunny ears first, or the feet?)

Things got a little uncomfortable — because both Peet and Azaria are Jewish.

“Guys I’m Jewish,” Peet said, prompting laughter from the hosts. “So this is really unfamiliar for me.”

“Would you like a chocolate menorah brought out?” Azaria said to lighten things up.

A small debate broke out on Twitter over whether eating an Easter bunny is a quintessentially Christian activity.

@Eagles_Lifer @greatwetshart @kampeas @joshtpm @GMA Chocolate candy had nothing to do with religion. Trust me, I go to mass every Easter and have never been given candy there.