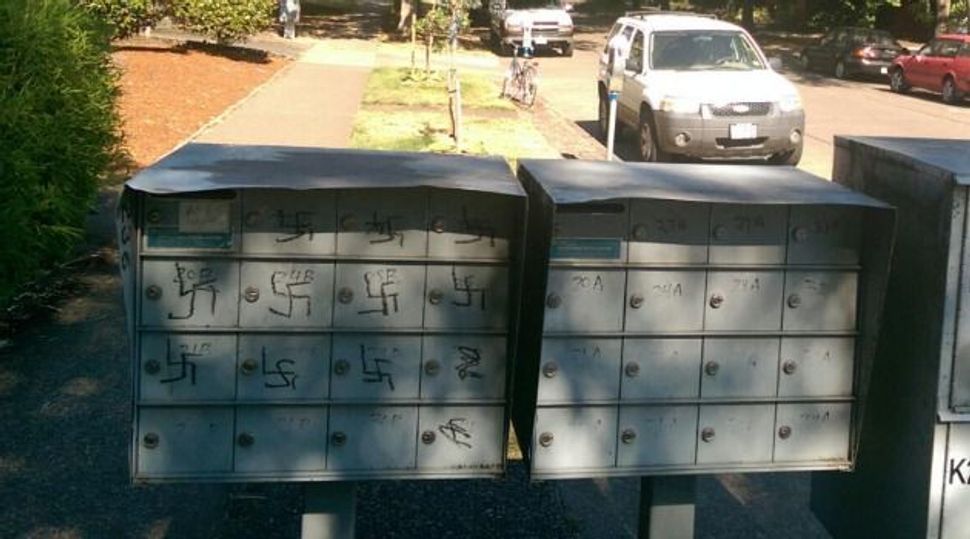 (JTA) — The number of Americans expressing anti-Semitic views rose by 40% since 2015 — although most Americans are worried about violence against Jews, according to polls by the Anti-Defamation League.

Fourteen percent of Americans expressed anti-Semitic attitudes, a sharp increase from 10% in 2015, according to the data.

However, 52 percent of respondents said they were concerned about anti-Semitic violence and an even higher proportion, 76 percent, were worried about violence against Muslims, the ADL found.

Forty-seven percent of respondents said there was more anti-Semitism during the 2016 presidential campaign than in previous times. Nearly half of  Americans, 49 percent, said Donald Trump had not done enough to discourage anti-Jewish sentiments as a candidate, while 39 percent said he had.

“The good news in this research is that today a large majority of Americans do not subscribe to common anti-Semitic stereotypes,” Jonathan Greenblatt, ADL’s national director, said in a statement.