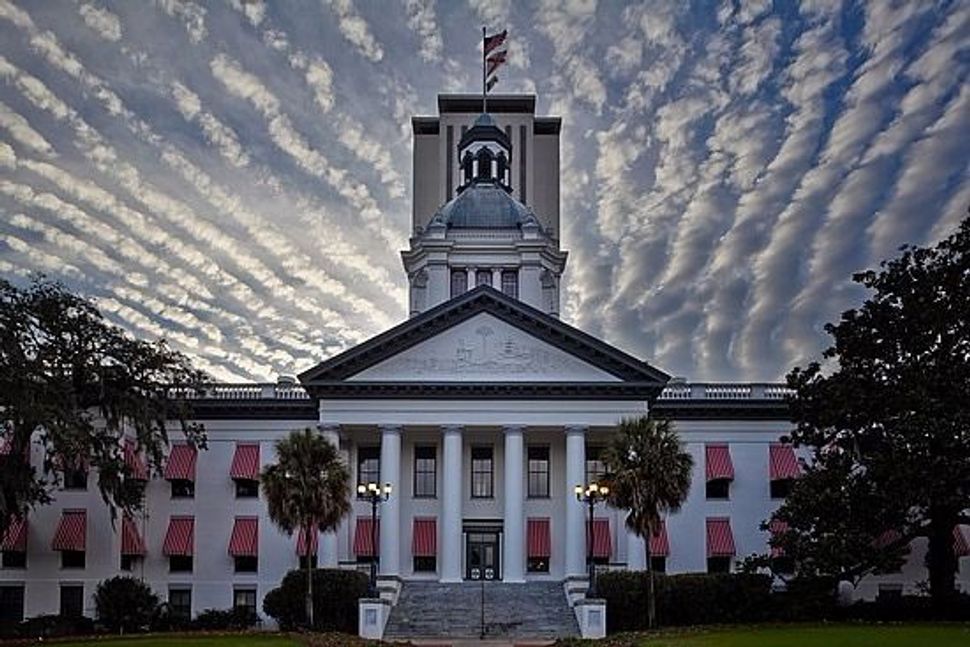 (JTA) — The budget committees of the Florida State House and Senate each voted to set aside funds to upgrade security at Jewish schools.

The amounts set aside by the lawmakers in the votes on Wednesday range from $254,000 up to $500,000, the Associated Press reported.

There have been threats made to 17 Jewish Community Centers and Jewish institutions in the state so far this year.

Many of the threats were part of the more than 100 bomb threats called into Jewish Community Centers and Jewish organizations. A dual Israeli-American citizen living in southern Israel has been arrested, accused of making most of the threats using high tech-equipment from his bedroom,

Republican State Rep. Randy Fine told the Associated Press that the money allocated by the state legislature would pay for security upgrades to protect the some 10,000 students at Jewish day schools throughout the state. Among the security upgrades would be fences and bullet-proof glass.