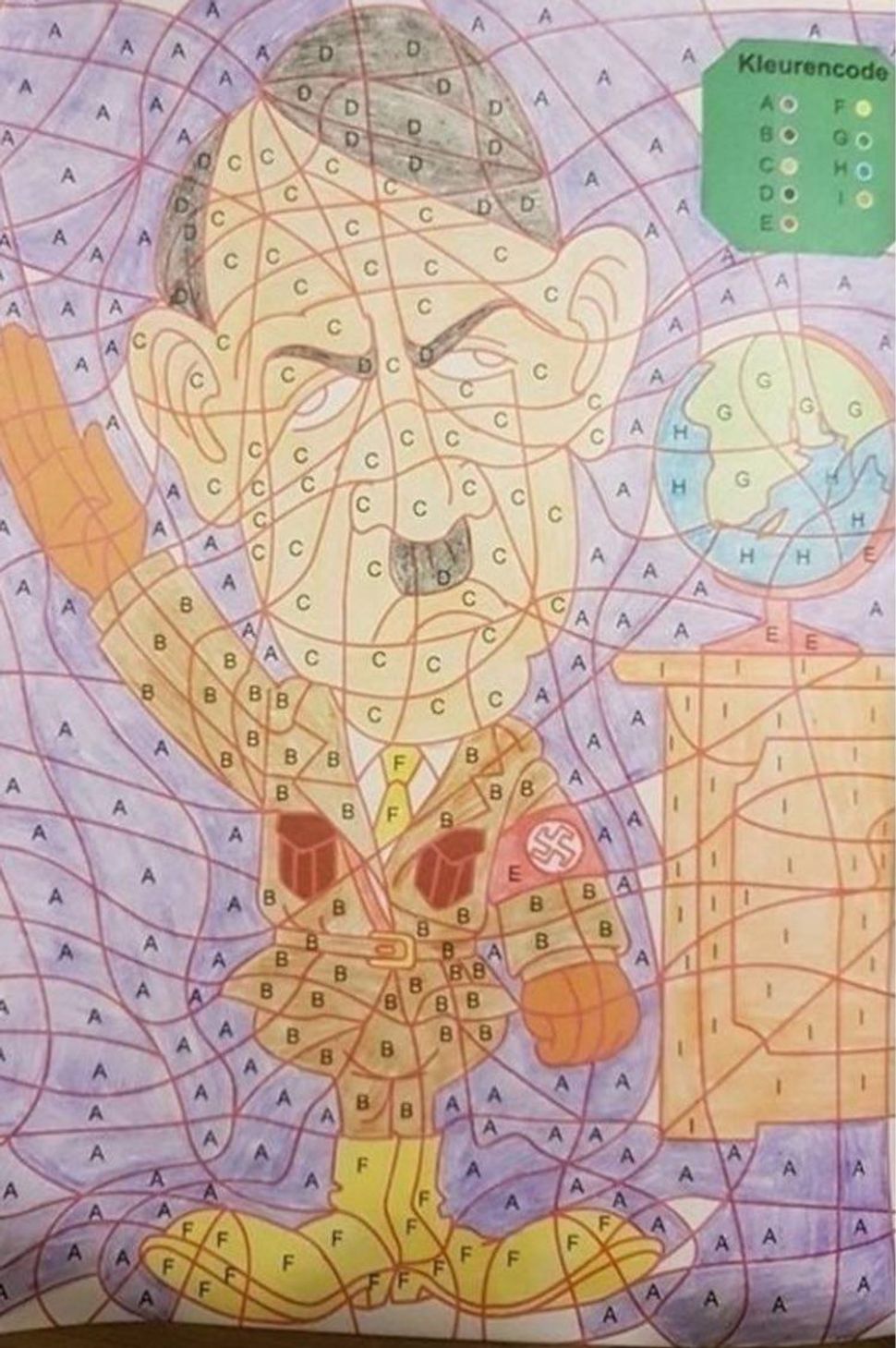 Several Dutch parents were dumbfounded on Monday when they discovered in their children’s coloring book a paint-by-letter drawing of Adolf Hitler, making the Nazi salute and wearing an armband with a swastika on his left arm.

Photos of the controversial drawing were shared on social media, which prompted Kruidvat, the Dutch retailer that sold the product, to remove the books from its shelves and issue an official apology.

The company added that customers who return the books would be reimbursed.

“The book was in the store for half a day on Monday and several dozen were sold”, a spokesperson for Kruidvat said to Dutch website NU.nl.

Apart from the Nazi dictator, the book, which was made in India and distributed by Belgian publisher Trifora, included drawings of historical figures such as Nelson Mandela, Abraham Lincoln and Albert Einstein.

“My suspicion is that the man who created the coloring book got a book of famous people out of the closet and selected a pair, which unfortunately included Adolf Hitler. Maybe he did not recognize him”, a Trifora spokesperson said to NU.nl.