Is That Jared Kushner In A Blue Blazer — And Bulletproof Vest? 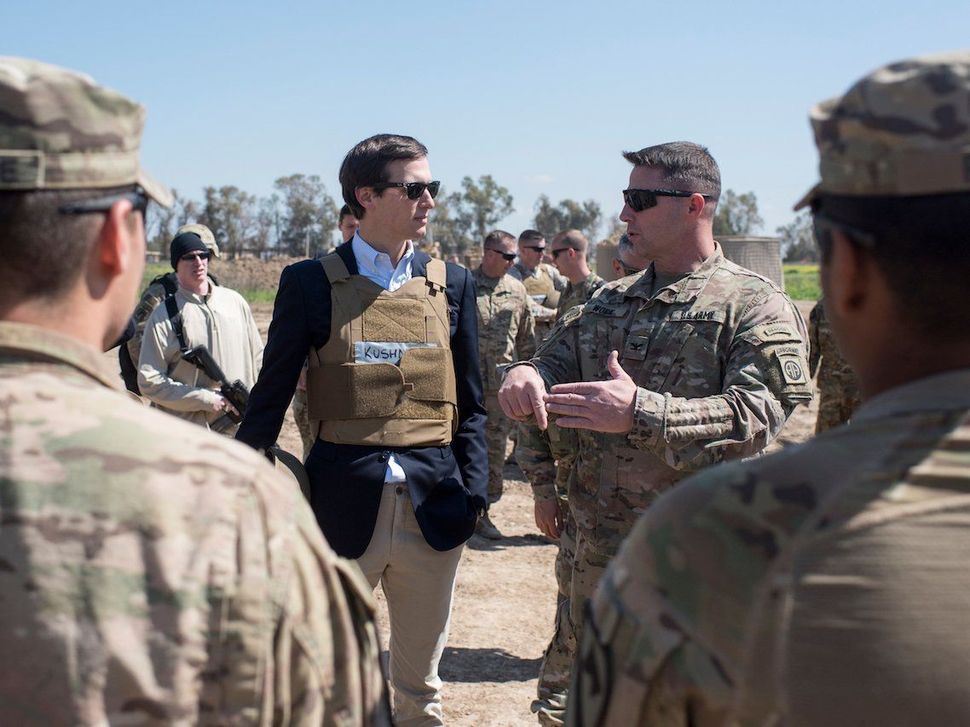 Image by Chairman of the Joint Chiefs of Staff/Flickr

Now that Jared Kushner is back from a trip to Iraq, a new photo of him is establishing his war theatre credentials.

Kushner is taking some heat for his desert attire: a bulletproof vest over a suit.

Is That Jared Kushner In A Blue Blazer — And Bulletproof Vest?