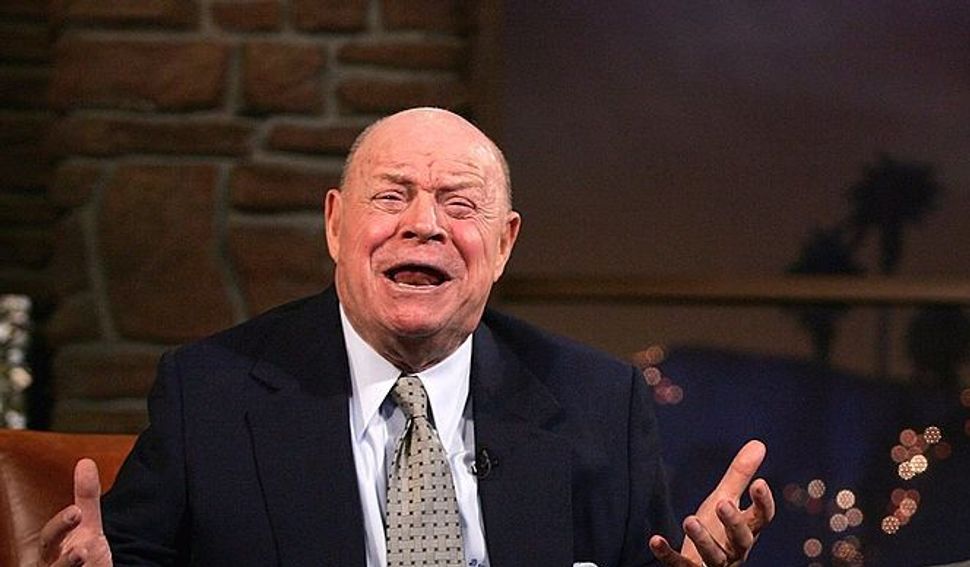 Don Rickles, the master insult comic who created laughs with ridicule and sarcasm in a decades-long career that earned him the facetious nickname “Mr. Warmth,” died on Thursday at his Los Angeles home from kidney failure, his publicist said. He was 90.

Rickles, who was born in Queens to Jewish immigrants from Lithuania, said he developed his brand of humorous mockery because he was no good at telling traditional jokes.

His death was confirmed by his spokesman, Paul Shefrin, who said Rickles is survived by his wife of 52 years, Barbara, as well as their daughter, Mindy Mann, and two grandchildren. He would have turned 91 next month.

The New York-born Rickles had an intense, often-ad libbed, rapid-fire delivery and a wide, impish grin. He delighted nightclub audiences, Hollywood royalty and politicians by hurling invective at them, all in good fun.

Encountering Frank Sinatra for the first time during a stand-up act in 1957, Rickles greeted the mercurial singer as Sinatra walked in with a retinue of tough guys by saying, “Make yourself at home, Frank – hit somebody.”

Luckily for Rickles, the line amused Sinatra, who became one of his biggest boosters and took to calling the short, bald Rickles “Bullethead.”—-Reuters