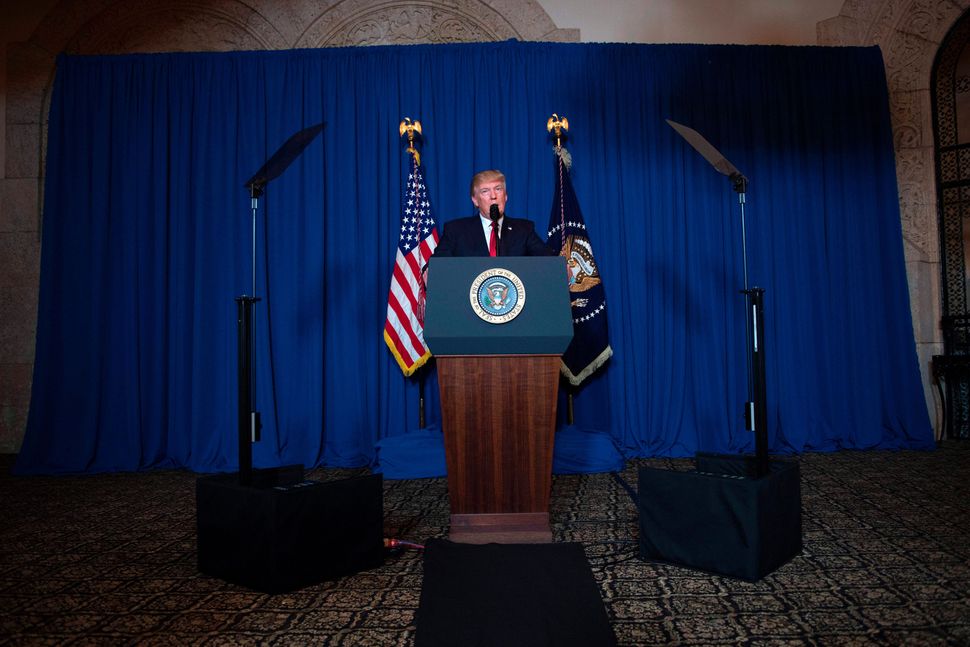 Mainstream Jewish groups are getting behind President Donald Trump’s strike on a Syrian airbase, launched from a warship late Thursday night.

.@POTUS did the right thing. Given #Syria’s horrific use of chemical weapons & after yrs of Western words but no action, he chose to act.

”.@POTUS did the right thing,” the AJC wrote.

The group joined the Anti-Defamation League, which also expressed support in a series of tweets.

AJC has been critical of the Trump administration. In January, the group issued an unusually harsh condemnation of Trump’s refugee ban.