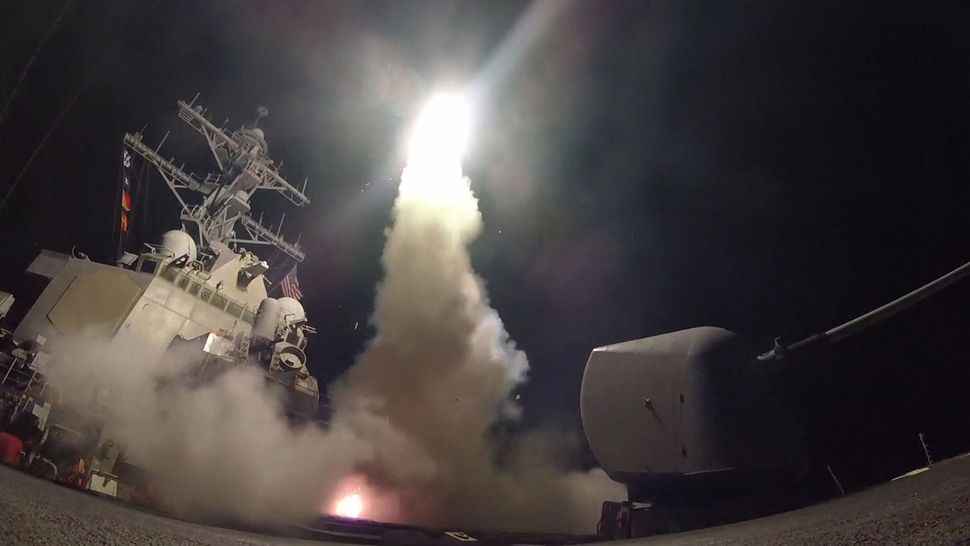 The morning after President Donald Trump ordered a cruise missile attack on a Syrian air base, prominent neoconservatives are praising the president.

In an essay in the Weekly Standard, Elliott Abrams, a longtime adviser to Republican presidents, lauded the strike.

“The president has been chief executive since January 20, but this week he acted also as Commander in Chief,” Abrams wrote. “And more: He finally accepted the role of Leader of the Free World.”

Both Kristol and Abrams were critical of Trump during the presidential campaign. Later, Secretary of State Rex Tillerson tried to hire Abrams to a very senior role in the State Department, only to be blocked by Trump himself.

In his Friday morning essay, Abrams praised Trump for being willing to act on his own, “without demanding a UN Security Council meeting or congressional vote.”

.@POTUS sending important warning to #Assad with these limited missile strikes. US will not tolerate the use of chemical weapons. #Syria