Confused By The Seder Plate? This Beautiful Passover Infographic Is Here To Help. 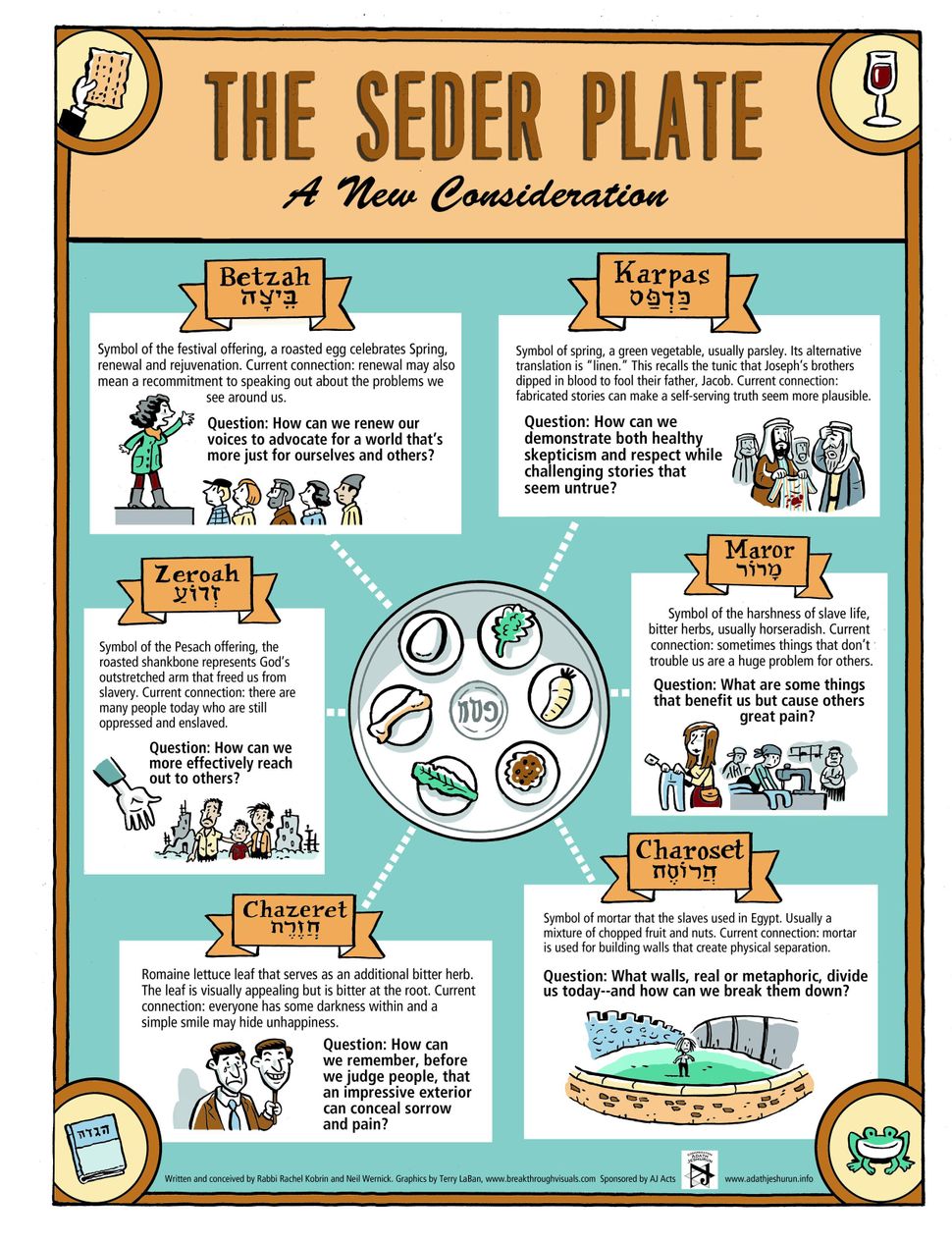 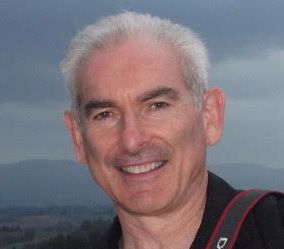 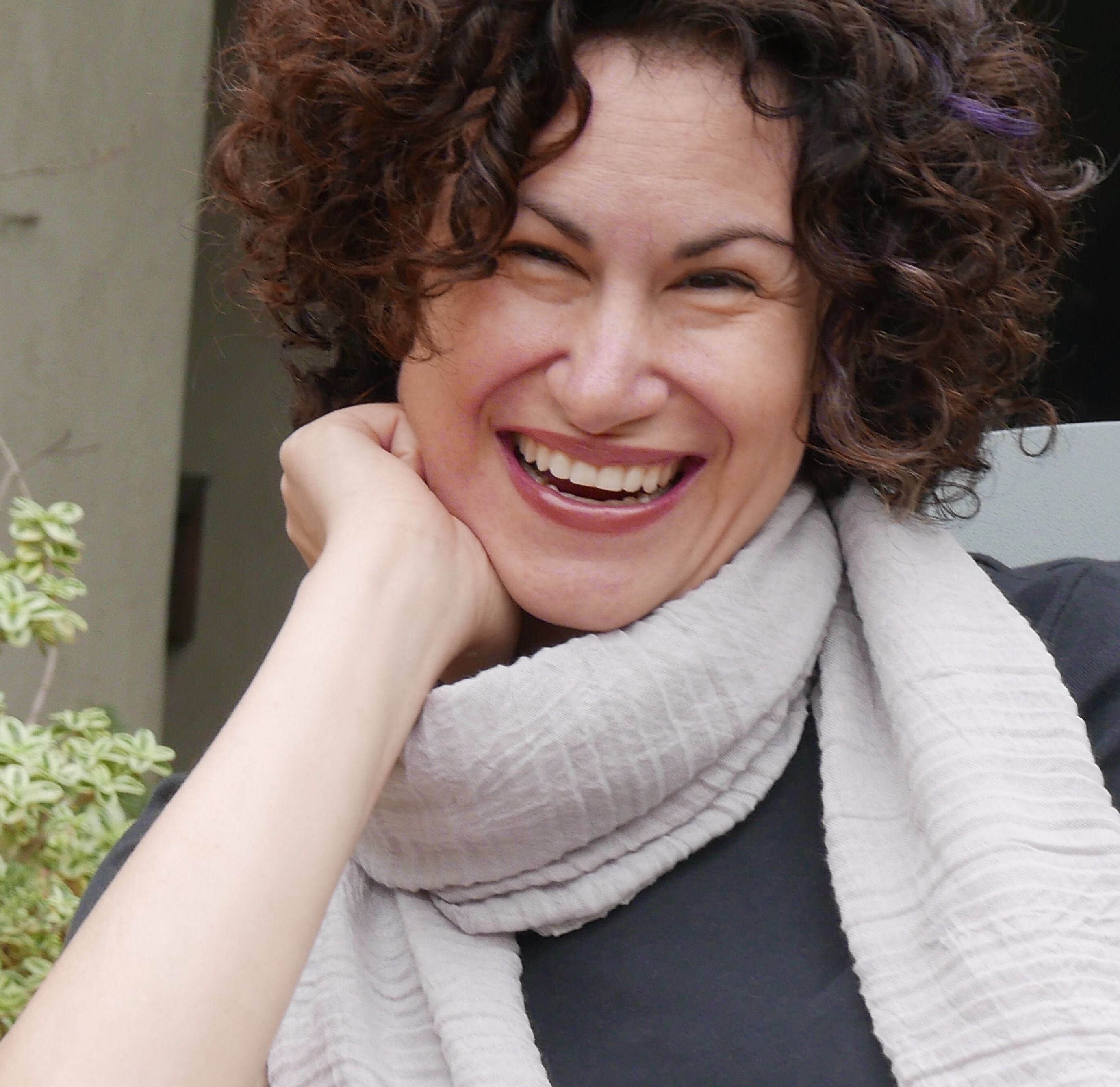 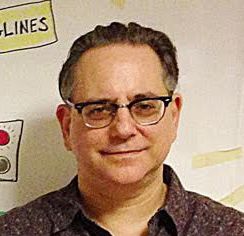 The goal of the supplement is to create conversation around the seder table, connecting the symbols on the seder plate with current concerns in our country and our world. We hope this supplement will enable people to engage in meaningful and even challenging discussions as our families gather during this festival holiday. 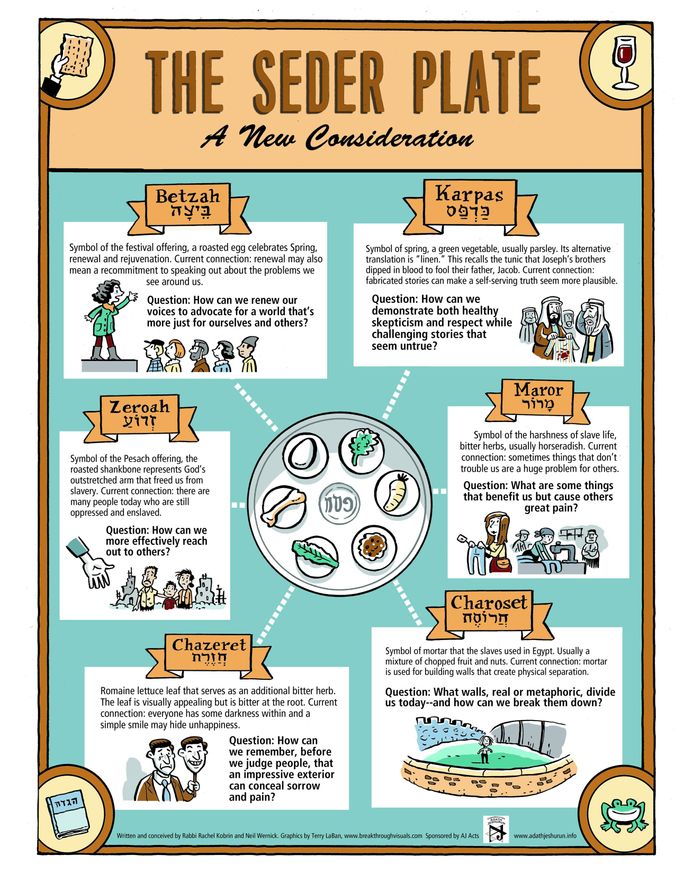 Neil Wernick is a well-seasoned executive who has managed creative design and development for national and global organizations. Today, Neil does some of his most exciting and rewarding work ever: he is the creator and co-founder of Burning Bush® Hot Sauce.

Terry LaBan is a cartoonist, graphic recorder and illustrator. His work has appeared in many publications including Mad Magazine, Nickelodeon Magazine and Details. For 15 years, from 2001 until 2016, he created the daily comic strip “Edge City,” which was syndicated by King Features Syndicate and appeared in newspapers nationwide. Terry is a graphic recorder and facilitator and his company, Breakthrough Visuals, creates finished illustrations, explainer comics and infographics for businesses and organizations. He also teaches classes in comics and cartooning as an adjunct professor at Philadelphia University.

Confused By The Seder Plate? This Beautiful Passover Infographic Is Here To Help.