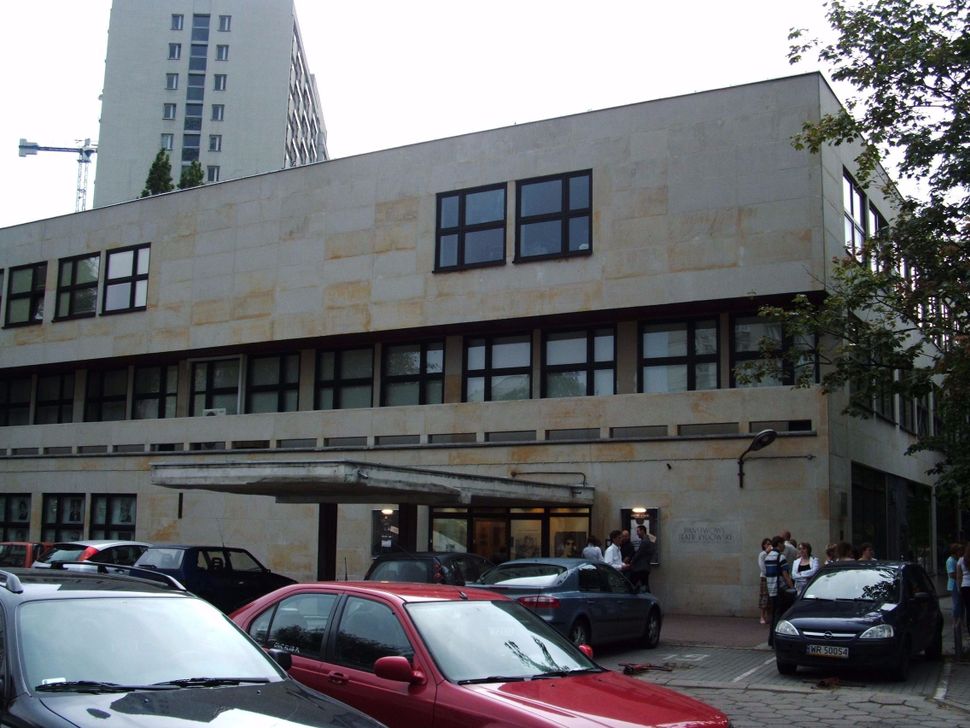 The demolition of the building at Grzybowski Square began on Friday, but actors, staff and spectators came to the site on Saturday to say good-bye to the 50-year-old building. The demolition could last for several weeks, as it is dismantled in accordance with environmental laws.

Theater Director Golda Tencer was dropped from the membership of the Jewish Social and Cultural Society in Poland, or TSKZ, for her protests against the closure of the building and its demolition.

A new office building and skyscraper is planned to be built in the place of the theater building.

The theater was built in the late 1960s with the financial support of the American Jewish Joint Distribution Committee.

In June, 2016, the developer closed the building and locked out the theater, citing a decision by the district construction supervisor’s office, which called the building a threat to public safety.

“We just came to say goodbye to our house. Here are our dybbuks, our actors whom we leave behind. It hurts terribly,” Tencer said on Saturday.