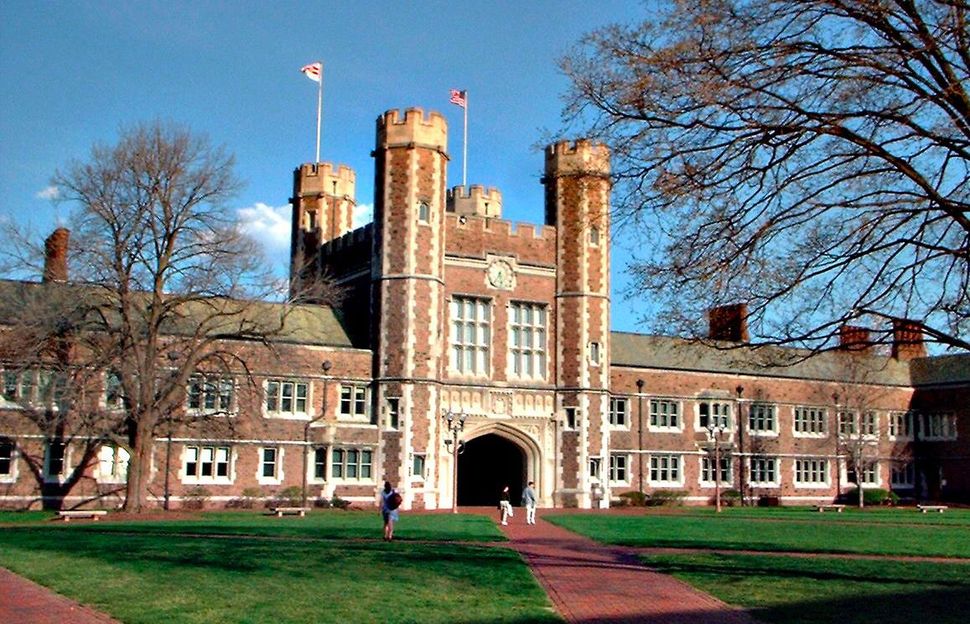 (JTA) — An anti-Semitic voicemail message was left for a librarian at Washington University in St. Louis after the librarian helped organize an exhibit on the Holocaust at a local museum.

The Huffington Post first reported the anti-Semitic incident on Friday, though it occurred on March 15. The librarian, who declined to be named, notified the Huffington Post of the incident through its “Documenting Hate” project in conjunction with the ProPublica nonprofit news organization dedicated to investigative journalism.

A university spokeswoman told Huffington Post that the university alerted local and federal authorities, as well as Jewish organizations of the incident.

According to a transcript of the profanity-laced call published by Huffington Post, the caller questioned why the facts of the Holocaust are not “open for debate” and asked “why in many nations in Europe it’s outlawed to even discuss it? If it were the truth then it wouldn’t need laws to support it. ”