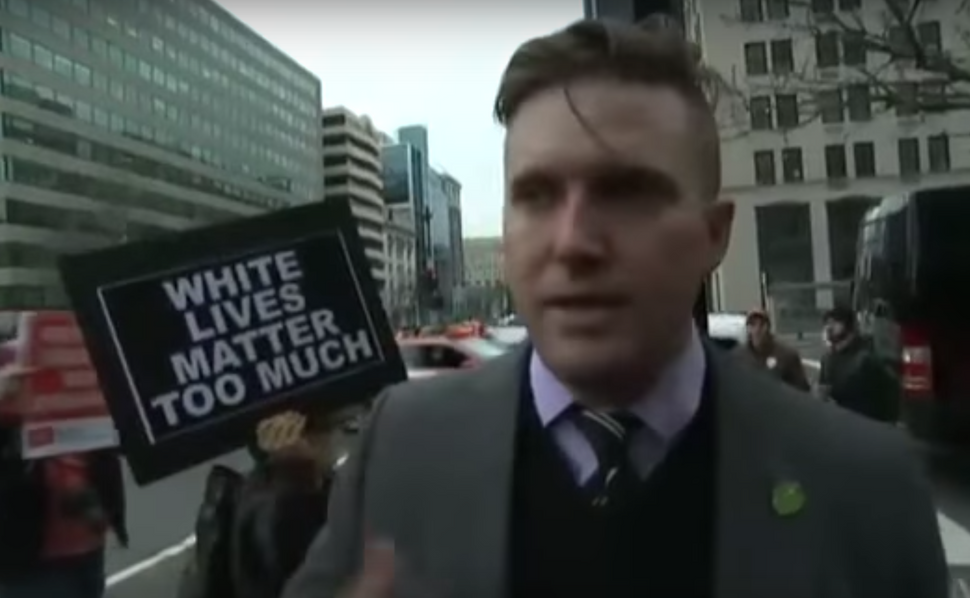 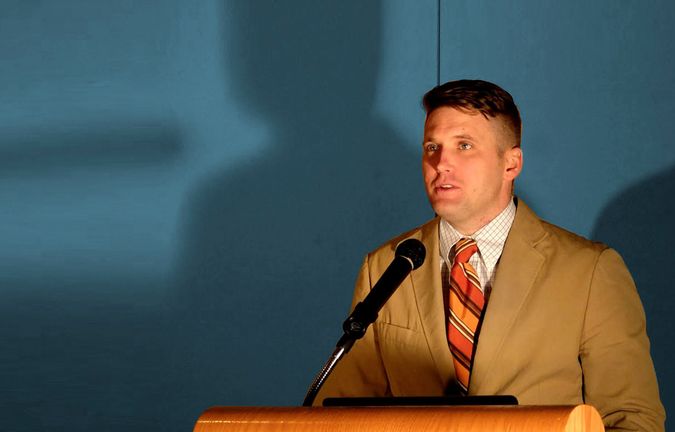 Richard Spencer’s Washington, D.C. protest against President Trump’s airstrike in Syria drew a crowd – including a heavy contingent of counter-protesters out to make the white nationalist’s day miserable.

“We want walls, not war,” the Spencer group was said to have repeated, before it was encircled by a group of counter-protesters.

Toward the end of the confrontation, someone appeared to throw glitter on Spencer, a tactic widely known as “glitter bombing.”

The ‘alt-right’ – a term that Spencer coined to describe the loosely affiliated group of white nationalists, white supremacists and neo-Nazis – has opposed Trump’s intervention in Syria.

Some have alleged that it is the product of Israel’s power within the administration, or the work of establishment forces within the White House – like senior adviser Jared Kushner or economic aide Gary Cohn – who happen to be Jewish.

Trump launched a missile attack on an airbase that belonged to Syrian President Bashar al-Assad last week after reports that the regime used chemical weapons on civilians. The White House’s next steps on the Syrian crisis remain a matter of speculation at present.