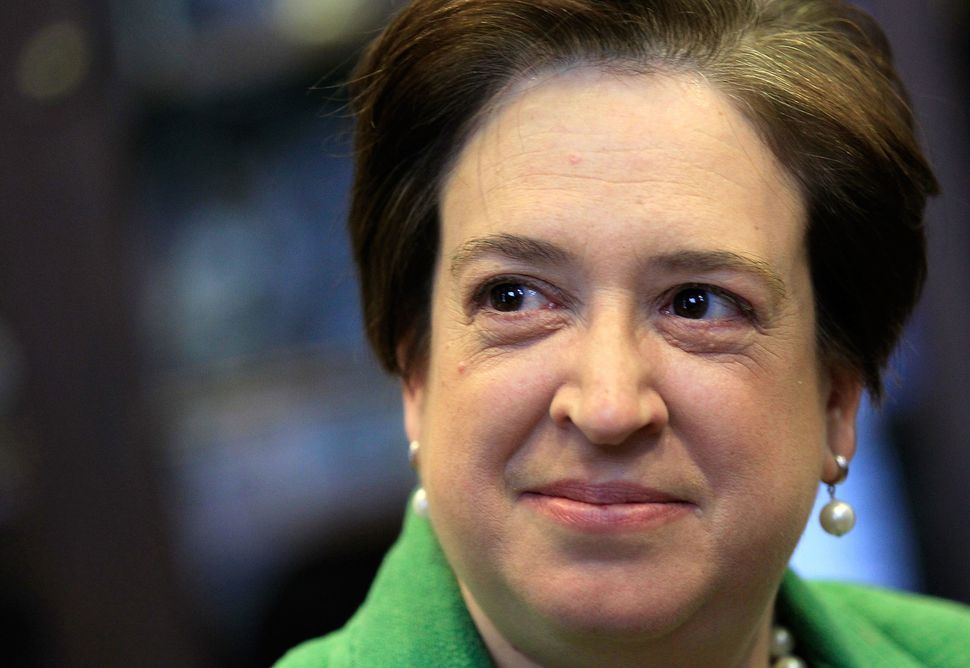 Neil Gorsuch is now the Supreme Court’s freshman, after his Monday swearing in as an associate justice on the high court. He’s replacing Elena Kagan, appointed by former President Obama, as the bench’s most junior member, and according to Kagan, that role will come with some unexpected tasks.

Speaking at an event in Colorado last fall, Kagan told a crowd that she had three responsibilities as the new kid in black. She had to attend monthly cafeteria committees, where she would help decide what the justices would eat when they shared meals when the court was hearing cases. Another was taking notes when the justices met to deliberate on cases. And the third was opening the door whenever someone knocked while the Supremes were in session.

She said the scut work had a way of humbling her. “You think you’re kind of hot stuff. You’re an important person. You’ve just been confirmed to the United States Supreme Court,” she said. “And now you are going to monthly cafeteria committee meetings where literally the agenda is what happened to the good recipe for the chocolate chip cookies.”

Gorsuch will replace the late Antonin Scalia on the Supreme Court, after a 14-month-long vacancy created after Republicans declined to consider Obama’s choice for the seat, Merrick Garland. Gorsuch, President Trump’s pick, was confirmed in the senate by a narrow party-line vote after the chamber’s Republicans changed the rules to end a Democratic filibuster.