Why Did Sean Spicer Apologize To Sheldon Adelson For Hitler Comments? 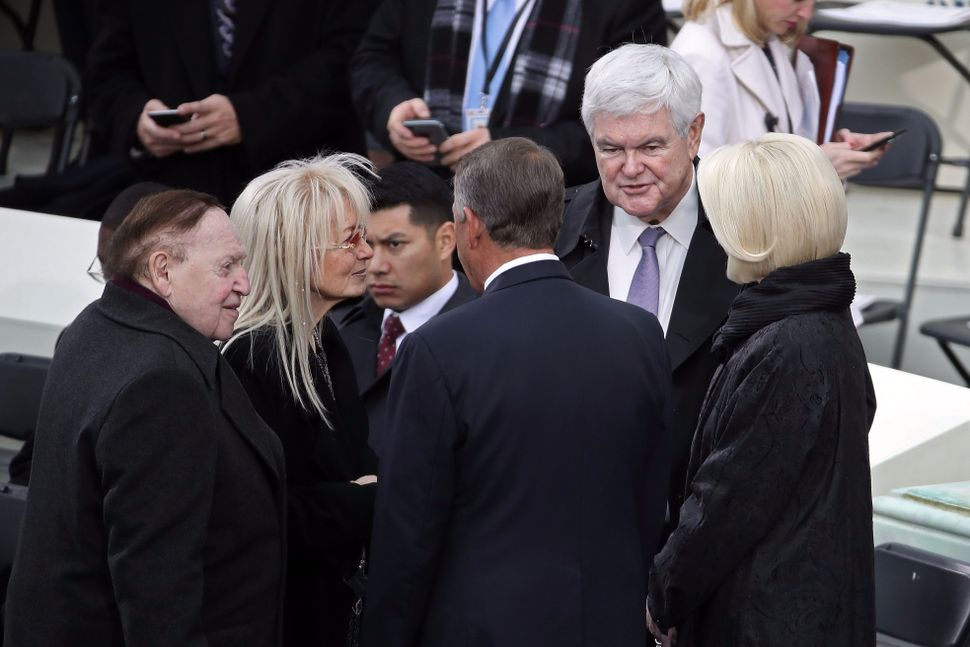 Sheldon Adelson got great seats at the Trump inauguration. Image by Getty Images

Amid broad condemnation for his assertion that Adolf Hitler did not use poison gas “on his own people,” White House press secretary Sean Spicer called billionaire Jewish casino magnate Sheldon Adelson to apologize.

An Adelson spokesman confirmed the call, reported Politico’s Alex Isenstadt, but did not explain the reason behind it.

Adelson is a major donor to conservative and Jewish causes. He is not the leader of any major Jewish organization. He does, however, have a special relationship with President Donald Trump: He got prime seats at Trump’s inauguration after pouring massive amounts of cash into the campaign.

Spicer’s comments, made on the Jewish holiday of Passover, attempted to draw a contrast between Syrian president Bashar al-Assad and the Nazi leader. “You had someone as despicable as Hitler who didn’t even sink to using chemical weapons,” Spicer said. Asked for clarification, Spicer went on to refer to Nazi death camps as “Holocaust centers.”

Statement from Adelson spox Abboud: “Sean called shortly after and said he made a terrible mistake and apologized if he was offensive.”

Why Did Sean Spicer Apologize To Sheldon Adelson For Hitler Comments?