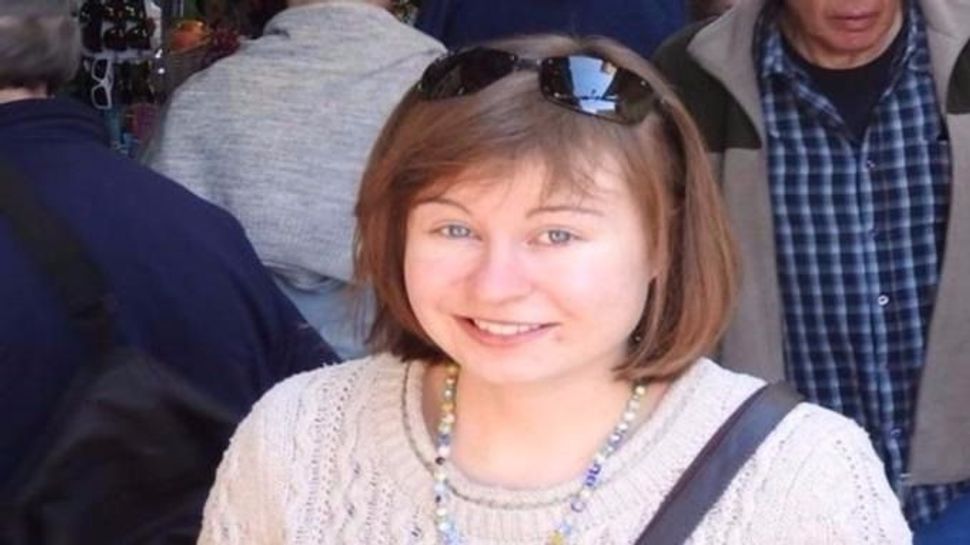 JERUSALEM (JTA) — The British woman stabbed to death in an attack on the Jerusalem light rail was mourned by Israeli institutions she worked with since arriving in the country.

Hannah Bladon, a student in her early 20s, was killed on Friday after being stabbed multiple times by a Palestinian assailant.

The Hebrew University and the Rothberg International School in a statement issued on Saturday night expressed “our deep sorrow” over Bladon’s murder. The schools extended “deepest condolences” to her family.

Bladon was in Israel as part of a student exchange program with Hebrew as part of her course of studies in religion, theology and archaeology at the University of Birmingham.

The Israel Antiquities Authority also offered its condolences to the Bladon family, saying in a statement that Hannah had recently volunteered in its excavation at Wilson’s Arch in the Western Wall tunnels.

Israel’s Channel 2 reported on Saturday that Bladon had given up her seat further back on the train to allow a woman holding a baby to sit down.

The Palestinian stabber, Jamil Tamimi, 57, of the Ras al-Amud neighborhood of eastern Jerusalem, reportedly is mentally ill and had recently tried to commit suicide.