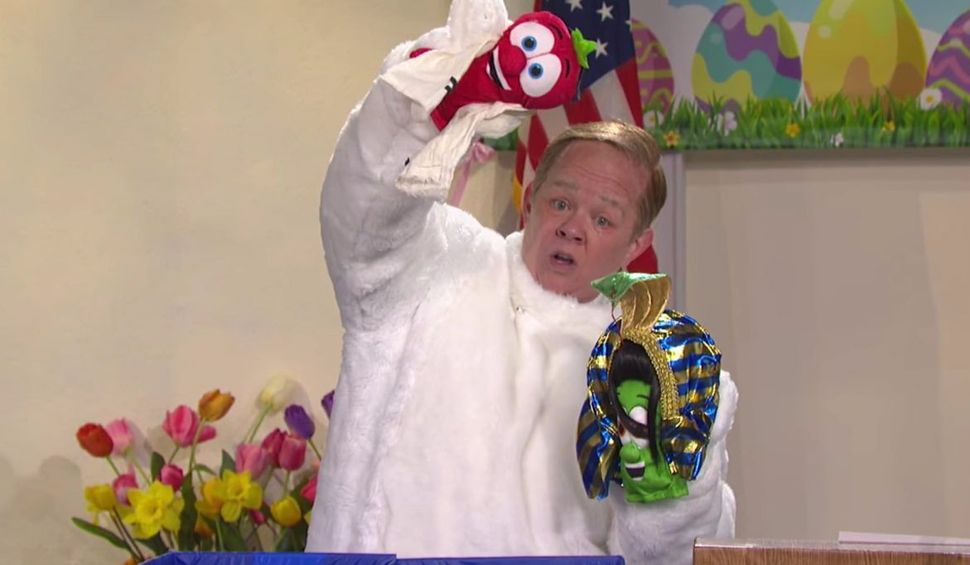 You thought real-life Sean Spicer was making gaffes that drive Jews crazy? You should see Melissa McCarthy playing him on “Saturday Night Live.”

Skewering the embattled White House press secretary, McCarthy called Passover the “Jewish Easter” and made a hilarious apology for his bizarre comments about the Holocaust.

Halfway through the skit, McCarthy switched from Easter and broke out puppets to explain the story of Passover, which she called “Jewish Easter.”

THen she made another Hitler-themed gaffe, mirroring.

“[Pharoah’s] doing some really bad stuff to the Jews, okay?” McCarthy, as Spicer, said. “I mean he even Hitler…you know what, not gonna do it. Not gonna go there again.”

“Pharoah is one bad hombre,” she said, playing off of Trump’s infamous comments about Mexican immigrants. 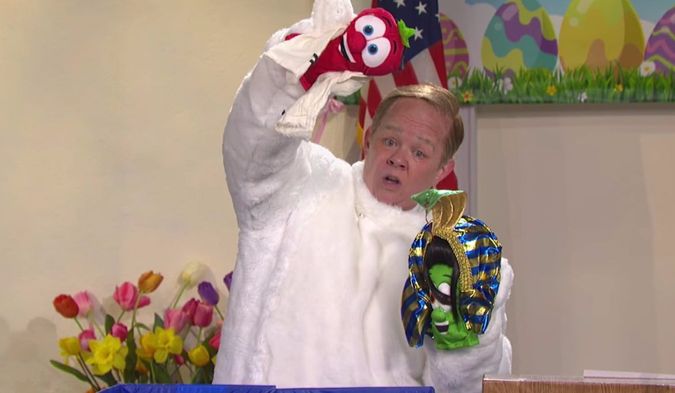