How A Wedding Ring Led To Capture Of Infamous Auschwitz Commander 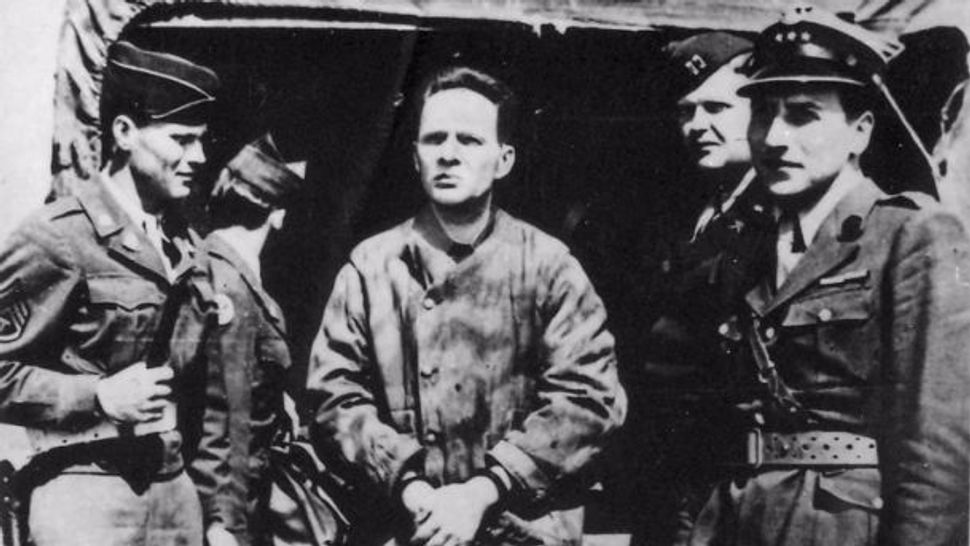 Rudolf Höss is handed over to Polish authorities in 1946. Image by Haaretz/Auschwitz Museum

Seventy years ago yesterday, Auschwitz commander Rudolf Franz Höss was hanged near the crematorium where he oversaw the murder of millions of Jews.

A few days earlier, he had sent his wedding ring back to his wife, telling her that she should go by her maiden name from then on, in order to disassociate herself from him. In an accompanying letter he called himself the “greatest of all destroyers of human beings.”

According to a report in Haaretz, that same wedding band was crucial to Höss’s capture in 1946 by Berlin Jew Hanns Alexander.

Alexander, a soldier in the British army, lead a group of 25 soldiers to find Höss on a remote German farm. When the soldier’s found Höss, he tried to hide his identity, handing Alexander forged papers identifying him as Franz Lang.

But Alexander knew that he had found the notorious Auschwitz commander. Thinking the wedding ring might hold the key, he asked Höss to remove it. When Höss said he couldn’t squeeze the ring off, Alexander threatened to cut his finger off with it.

Höss removed it, and sure enough, inside were the names Rudolf and Hedwig, his wife. Höss was tried at Nuremberg for murder and sentenced to death.

How A Wedding Ring Led To Capture Of Infamous Auschwitz Commander