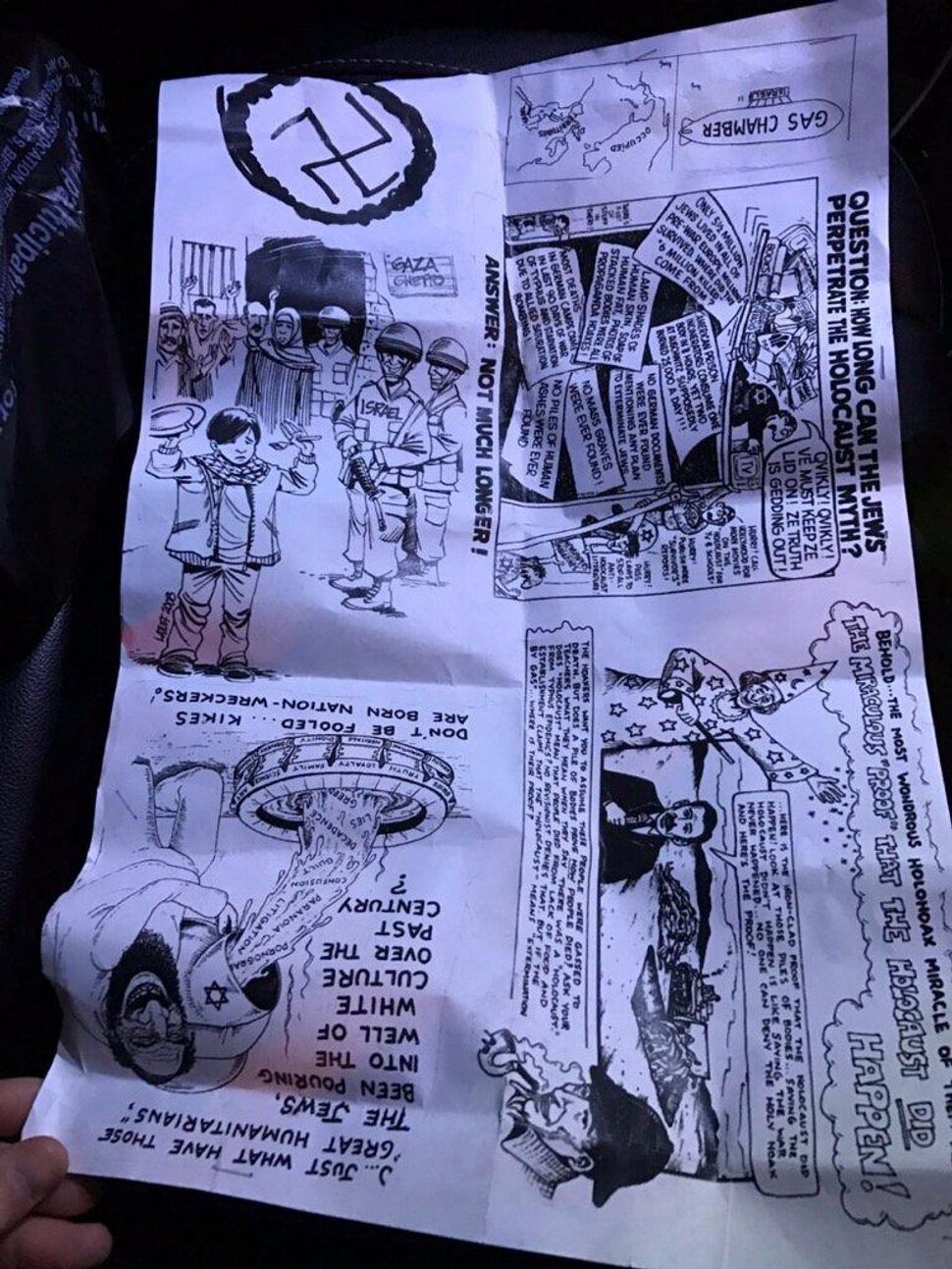 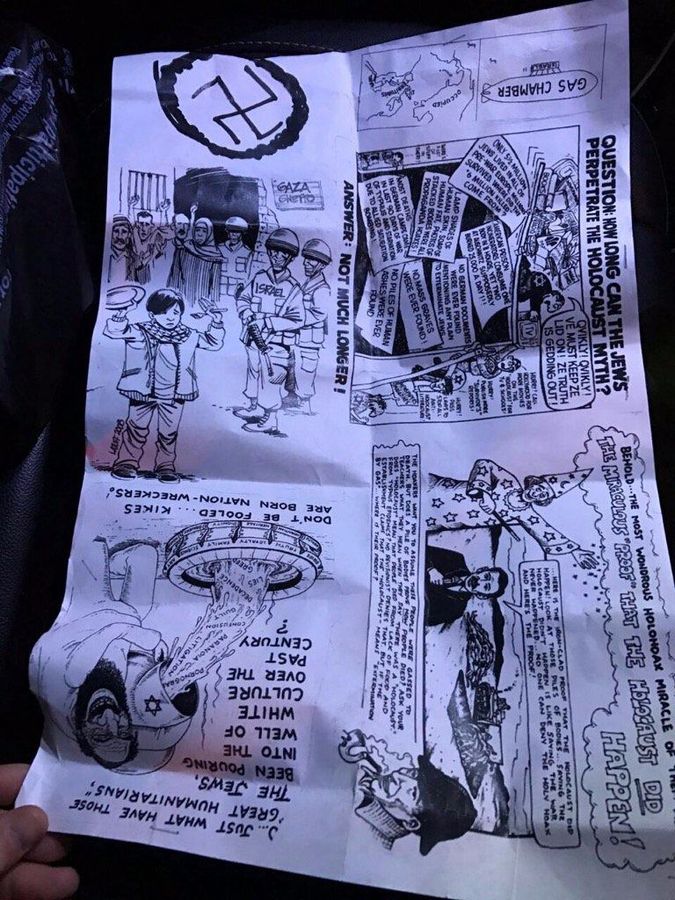 “It’s bad. This is the middle of Williamsburg, this is the heart of the community,” Moses Bondo told DNAInfo. Williamsburg is home to a large Hasidic Jewish community, in addition to its reputation as a hipster capital.

Authorities said the incident took place on the intersection of Lee Avenue and Rodney Street, and that the motorist wore a dark black helmet. His fliers contained swastikas, as well as a cartoon examining the “Holocaust myth.”

New York has witnessed a marked rise in hate crimes – especially against Jews and Muslims – since last November’s election of President Trump.