Is Trump Aide Sebastian Gorka Being Denied Security Clearance — And Why? 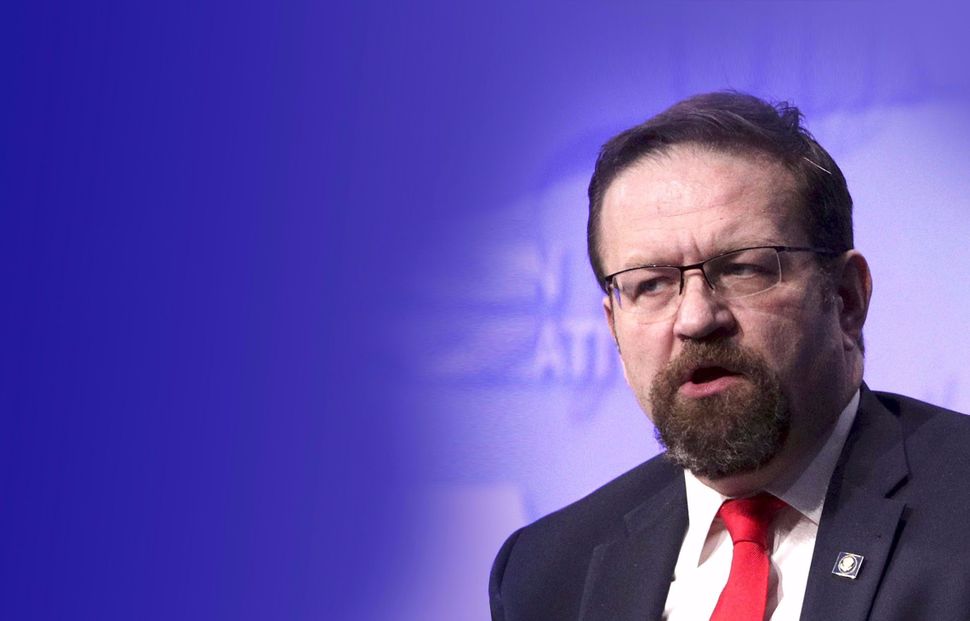 As President Trump’s top counter-terrorism advisor, Sebastian Gorka would ordinarily be privy to some of the nation’s most sensitive national security secrets to do his job. But three months into his job, despite Gorka’s own public references to being on the inside where classified information is discussed, it remains unclear whether the deputy assistant to the president actually has access to any of it.

Persistent news reports, sourced to unnamed current and former senior White House officials, state that Gorka has not been granted the appropriate clearance for access to the top secret information that goes with his job. Colin Kahl, a deputy assistant to the president and national security advisor to the vice president during the Obama administration, reported hearing from three separate reporters who had sought confirmation from the White House that Gorka had received his clearances but got no clear answer.

An inquiry to the White House from the Forward on this question went unanswered, as well.

That has not stopped Gorka from responding to questions from reporters about the president’s actions with remarks implying that he is getting sensitive information that the journalists simply do not have.

Asked about reports questioning the value of the intelligence allegedly gleaned from a raid in Yemen, Gorka termed the reports “wholly fallacious.”

“I can tell you because I’m inside the building when those decisions are being taken,” he told reporters for PBS NewsHour.

It’s unclear what might be holding up Gorka’s security clearance, if that is indeed what’s happening. But recent reports in the Forward have documented Gorka’s work with anti-Semitic far-right individuals and organizations in Hungary, where he was politically active before he immigrated to America in 2008 and became a naturalized citizen in 2012.

Is Trump Aide Sebastian Gorka Being Denied Security Clearance — And Why?