YouTube has banned the channel of former Donald Trump aide Sebastian Gorka for violating the platform’s policy forbidding disinformation about the legitimacy of the 2020 presidential election, a spokesperson told MSN.

President Trump nominated Sebastian Gorka, tied to groups with Nazi connections, to serve on the board oversees national security education. 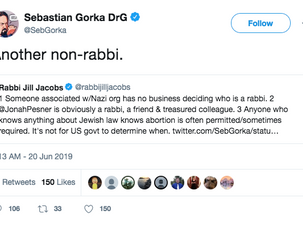 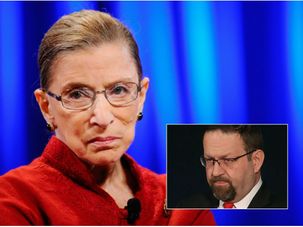 The Forward reported in 2017 that Gorka was the member of a Hungarian group with historical ties to the Nazis.

Sebastian Gorka’s Back With A New Title At Fox News

It wasn’t mentioned that he was banned by Fox News’ “hard news” shows, or that he passed out fake Fox News business cards.

Trump continues to watch Sebastian Gorka regularly and still tells associates how much he enjoys seeing “Seb” on cable news.

The reporter, Caleb Ecarma, had once challenged Gorka to a pistol duel after Gorka grew angry that Ecarma was reporting on his illegally parked car.