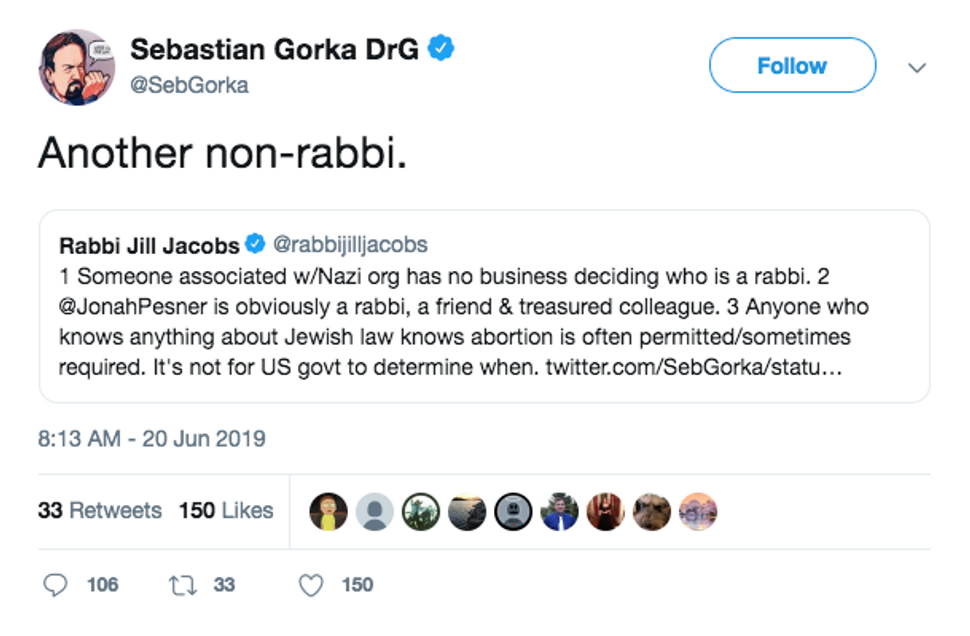 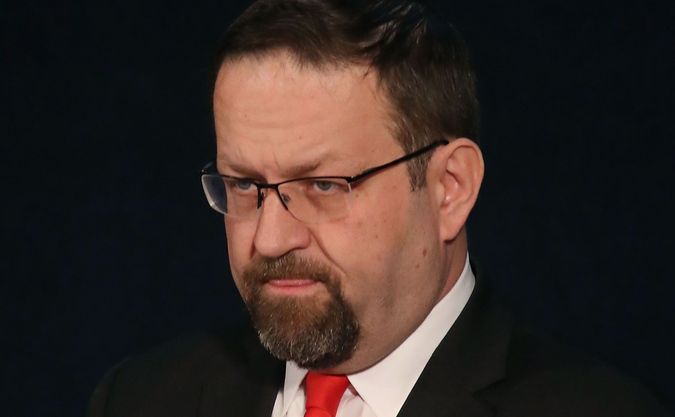 Sebastian Gorka is deciding who is and is not a rabbi on Twitter now. So make of that what you will.

The former White House official with extensive ties to one-time allies of the Nazis maintains a prolific Twitter presence, using his digital megaphone to support Donald Trump and belittle anyone who stands against any of Trump’s goals. In 2017, a Forward investigation revealed that Gorka’s ties to Nazi allies stretched back decades, and that he was a member of a Hungarian far right militant group which had allied with the Nazis during World War II. In recent years, Gorka has modeled himself as pro-Israel, meeting with Israeli Prime Minister Benjamin Netanyahu’s son Yair earlier this year.

Gorka has a knack for getting into losing Twitter battles. The latest hill Gorka has found to die on is questioning a rabbi’s rabbinic credentials after the rabbi tweeted a pro-choice message about abortion.

“This man calls himself a rabbi,” Gorka responded. 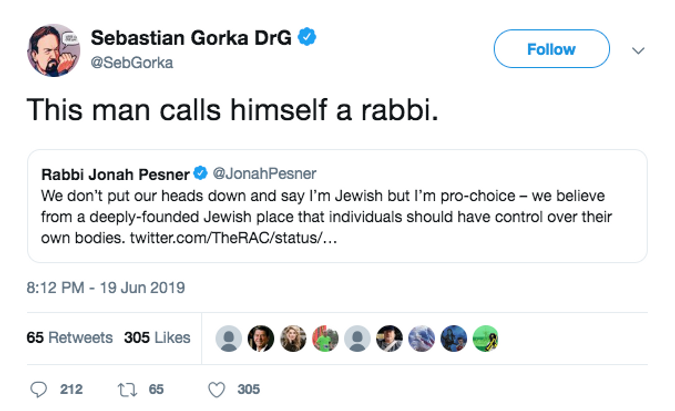 It’s not totally clear what Gorka meant, but our best guess is that he was insinuating that real rabbis think that life begins at conception, and do not think women should be able to decide whether to carry a pregnancy to term. Of course, even Orthodox rabbis have a much more nuanced opinion of abortion than Gorka appears to realize.

The rabbi Gorka targeted is Jonah Pesner, a Reform rabbi and the director of the Reform movement’s advocacy organization.

When Rabbi Jill Jacobs, head of T’ruah: The Rabbinic Call for Human Rights, defended Pesner, Gorka called her a “non-rabbi.” 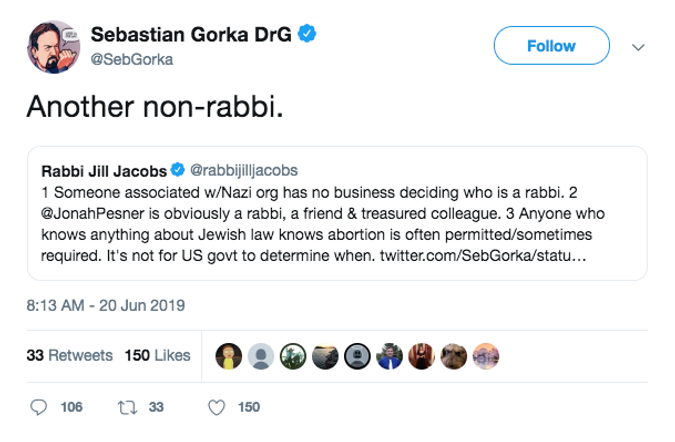 Gorka then followed that tweet up with a question in response to one Twitter user’s comment: “Do ‘rabbis’ who hate the modern state of Israel even care about sin?”

With his apparent rabbinic-credentialing-omniscience, we would expect Gorka to be able to answer that question — whatever it means — himself.