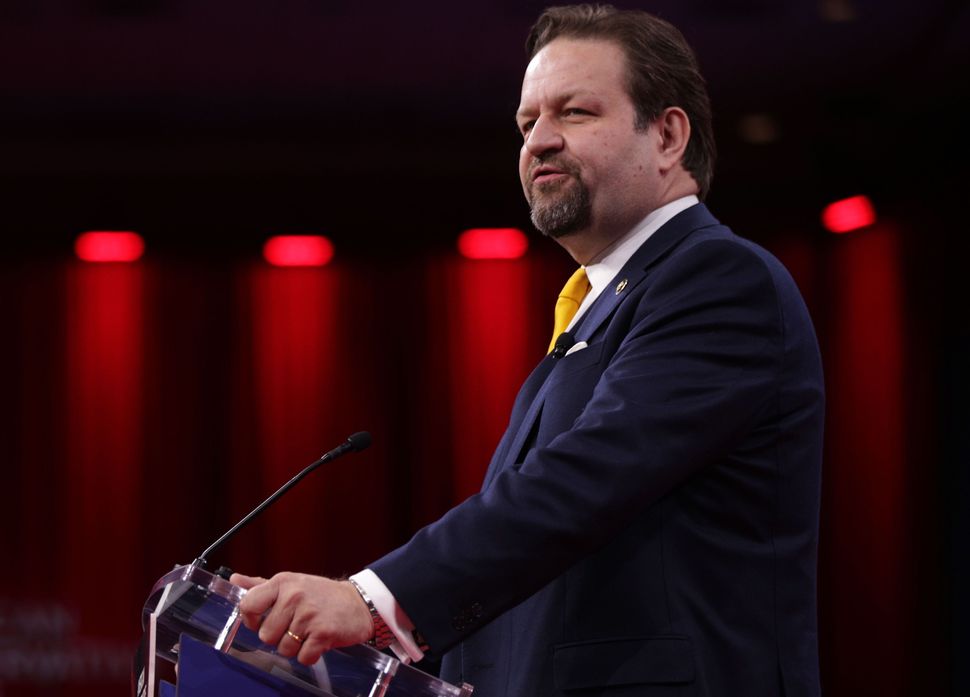 Gorka speaking at the CPAC in February. Image by Getty

Former White House advisor Sebastian Gorka had dinner with the son of Israeli Prime Minister Benjamin Netanyahu during the AIPAC Policy Conference in Washington, D.C., this past weekend. In 2017, the Forward reported that Gorka has extensive ties, stretching back decades, to a Hungarian paramilitary group that was allied with the Nazis.

Gorka has denied formal allegiance to the group.

In his tweet, Gorka said he was “honored” to eat with Yair Netanyahu.

After 8 years of being abused by @BarackObama and his lackeys, the ??-?? relationship is restored.

God Bless our brothers and sisters in Israel. pic.twitter.com/cMZTdjVPmp

The younger Netanyahu responded with a warm tweet of his own.

Thank you my friend Was awesome! Hope to see you soon in israel! ????

In 2017, the Forward reported that Gorka had forged extensive ties with the Vitezi Rend, a Hungarian paramilitary group, as well as allied with politicians responsible for publishing anti-Semitic content in Hungary. The Forward published further evidence that “Gorka, President Trump’s top anti-terrorism adviser, had documented ties with fascist, anti-Semitic groups just a few years before he assumed a powerful and sensitive position in the White House.”