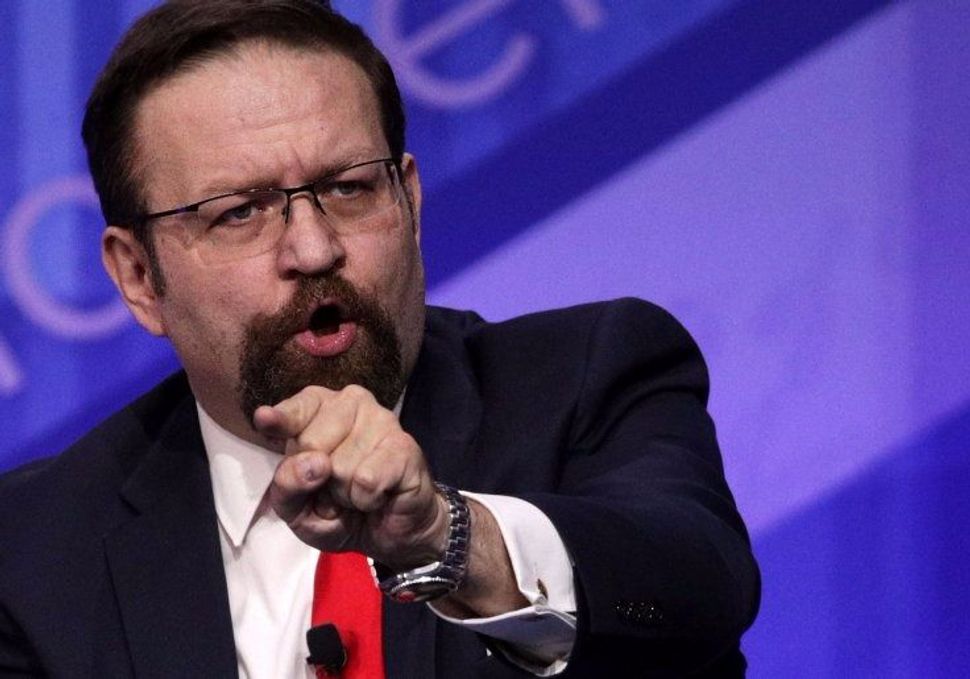 Despite his controversial ties to allies of the Nazis, White House counterterrorism adviser Sebastian Gorka has scored invitations to speak at upcoming pro-Israeli events.

In mid-July, Gorka is scheduled to speak at the Washington Summit of Christians United for Israel, America’s largest pro-Israel Christian group. David Brog, CUFI’s director, told the Forward that Gorka was invited to speak a while ago and that he is “used to having good friends being called anti-Semitic, and [I] always insist on studying the facts for myself.”

In recent weeks, the Forward has reported that a Nazi-allied Hungarian group claims Gorka was a sworn member of the organization and that he had backed an anti-Semitic militia in Hungary.