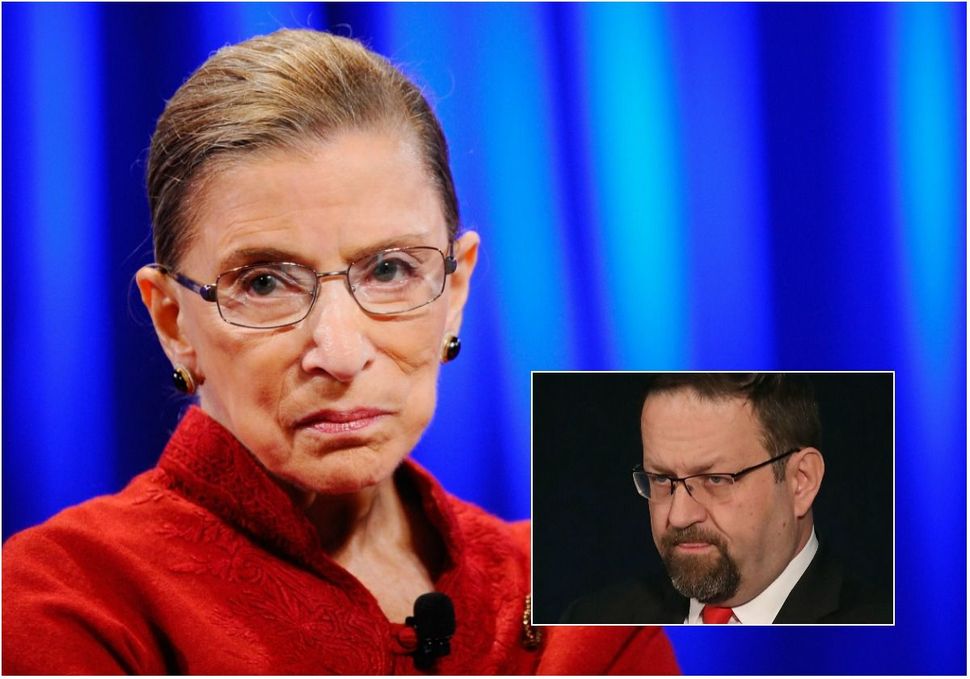 Ruth Bader Ginsburg is alive and well, contrary to what Sebastian Gorka has suggested. Image by Getty/Forward Montage

Ginsburg has cancelled public appearances since undergoing surgery to remove cancerous growths in her lungs.

The filmmakers behind the Oscar-nominated documentary “RBG” told CNN last week that they spoke with Ginsburg by phone, and that she sounded “sounded strong and cheerful” and was working on opinions for the court.

The theories reportedly originated in the online forums dedicated to the QAnon conspiracy theory, which holds that there is a “deep state” that controls the country. The theories began to spread across social media in the days leading up to President Donald Trump’s planned State of the Union speech on February 5.

6 days left until Ruth Bader Ginsberg has to make her official appearance at @realDonaldTrump’s State of the Union. pic.twitter.com/zY1gSW54N6

When reached for comment by the Daily Beast, Gorka responded, “go outside and lick a metal street lamp.”

The Forward broke the story in 2017 that Gorka was a sworn member of a Hungarian group with historic Nazi ties. Gorka has denied that he is anti-Semitic.

Fox News also fanned the flames of the theories last week when it accidentally broadcast a graphic claiming that Ginsburg was dead. Many pro-Trump and conspiracy-peddling social media figures have been tweeting with the hashtag #WheresRuth.