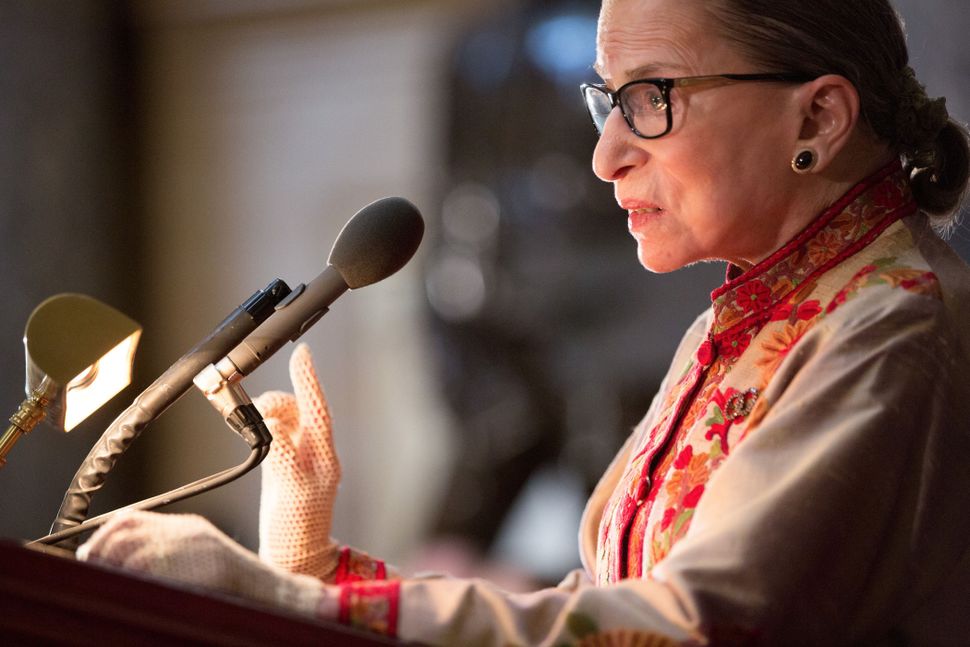 Supreme Court Justice Ruth Bader Ginsburg is working from her hospital bed as she recovers from cancer surgery, The Guardian reported.

Ginsburg is still at Memorial Sloan Kettering Cancer Center in New York, said Kathy Arberg, a spokeswoman for the court. It’s unclear when she will be discharged.

The 85-year-old jurist had two cancerous growths removed from her left lung on Friday. Doctors said there is no further evidence of disease.

Despite various health concerns, Ginsburg has never missed arguments. Last month she broke three ribs after a fall, and she also has been treated for cancer on two other occasions: in 1999 for colon cancer and again in 2009 for pancreatic cancer. In 2014, doctors placed a stent in her right coronary artery to improve blood flow.

The court will meet next on January 7.