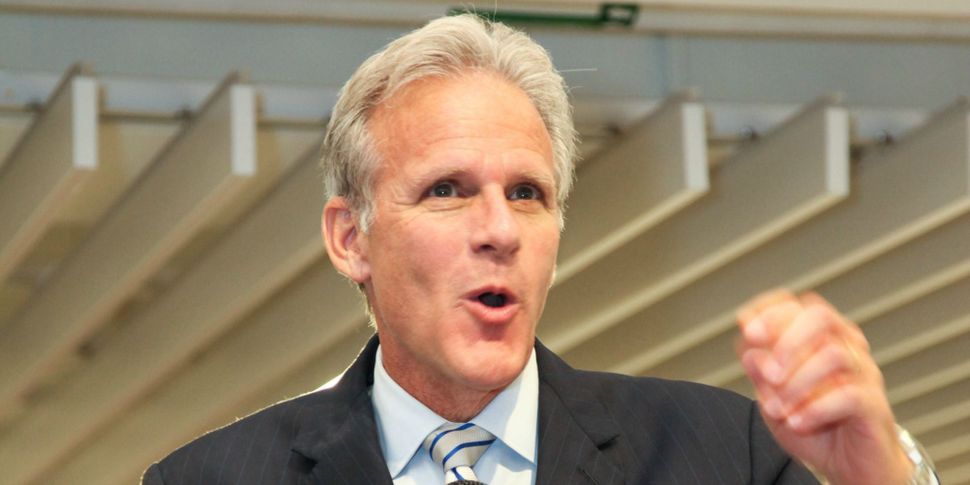 Michael Oren, an Israeli parliamentarian and former ambassador to the United States, said that the New York Times had committed a “journalistic terrorist attack” in publishing an op-ed by imprisoned Palestinian leader Marwan Barghouti.

In an interview on Monday on Israel’s Army Radio, Oren said that the New York Times should be “held accountable” if someone at the paper had helped Barghouti to smuggle out the op-ed.

Barghouti’s op-ed, timed with the announcement of a Palestinian prisoner hunger strike, accused Israel of “judicial apartheid” and the abuse of Palestinians behind bars.

“Our chains will be broken before we are, because it is human nature to heed the call for freedom regardless of the cost,” Barghouti wrote.

The Times was slammed by Israeli and Jewish American groups for not mentioning Barghouti’s conviction of murder in an Israeli court; the Palestinian leader is serving five life terms in Israeli prison after he was in convicted in 2004 of five counts of murder and one count of attempted murder.

Responding to the criticism, the Times included an editors note adding the offenses of which Barghouti was convicted.

“Mr. Barghouti declined to offer a defense at his trial and refused to recognize the Israeli court’s jurisdiction and legitimacy,” the editors note read.