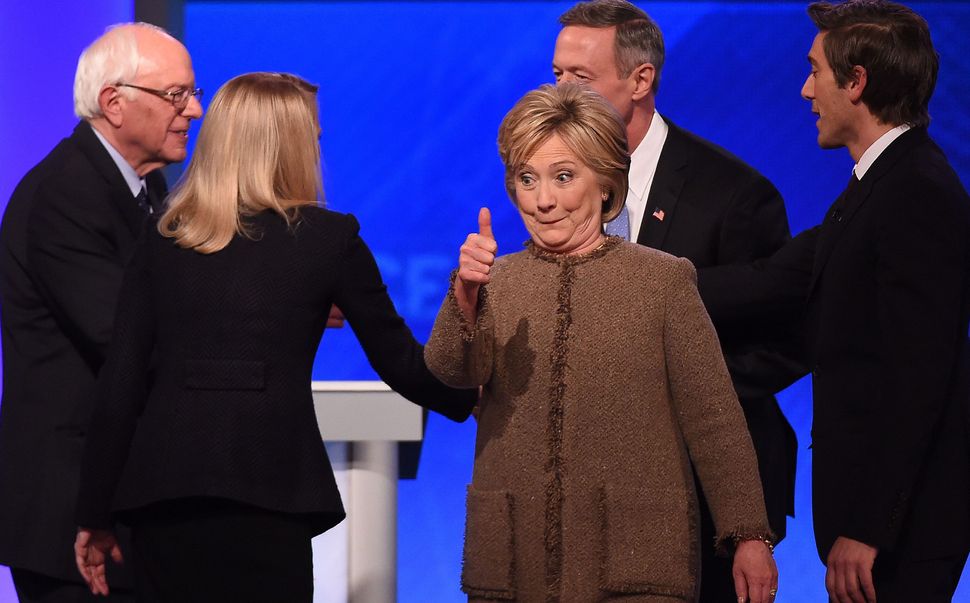 After the blistering Democratic primary, Bernie Sanders endorsed Hillary Clinton in the general election. But the Vermont senator apparently refused to repeat her signature catchphrase (“I’m With Her”) in ad that he cut for her effort.

“It’s so phony!” Sanders was reported to have said, reacting to a script sent over by the Clinton camp. “I don’t want to say that.” He went on to record a commercial that backed up the former secretary of state’s proposals for healthcare, the economy and climate.

Clinton’s team ultimately did not use the ad, after focus groups showed that voters were skeptical about Sanders’ embrace of his former rival. “People didn’t feel that it was an authentic pitch for her and what she wanted to do. It even had some backlash in folks saying that he’s not really supporting her,” a campaign insider said.