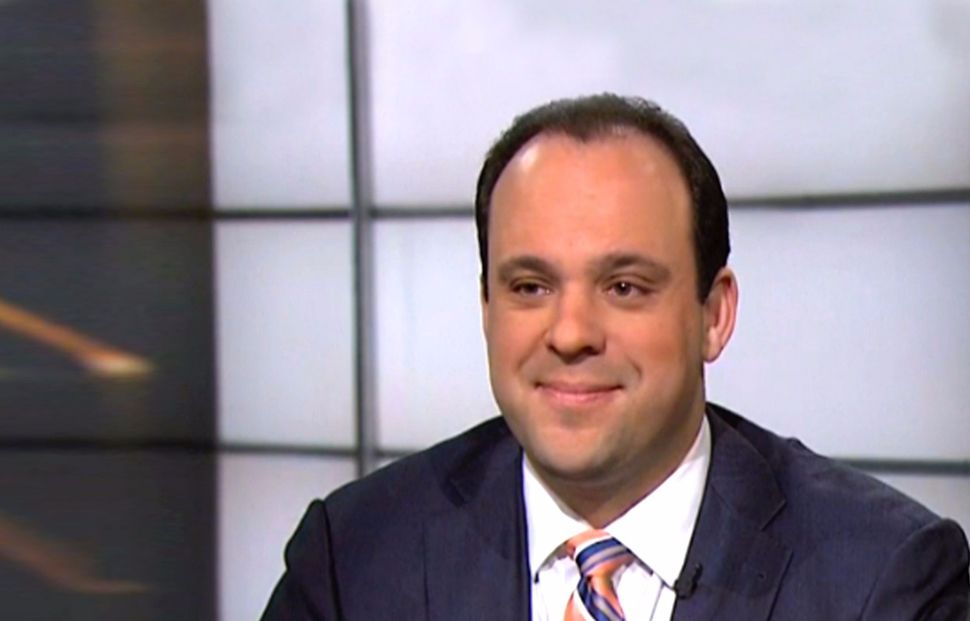 (JTA) — Boris Epshteyn, who recently left his post as a special assistant to the president in the White House press office, has taken a job as chief political analyst for the Sinclair Broadcast Group.

Sinclair, among the largest operators of television stations in the country, announced Monday that Epshteyn will provide analysis and insight on major political stories.

Epshteyn formerly managed the surrogate operation of the White House and Trump administration, and also appeared as an on-air spokesman for the president. Prior to joining the White House, Epshteyn served as communications director for the Inaugural Committee. He also was a surrogate and senior adviser to the Trump presidential campaign, where he managed messaging.

A former Republican political strategist, Epshteyn is an old friend of President Donald Trump’s son Eric dating back to their time together at Georgetown University, from where he received his bachelor’s and law degrees. He was an investment banker and a licensed attorney.

Epshteyn immigrated to the United States from his native Moscow in 1993 at 11. He was a communications aide for Sen. John McCain’s presidential campaign in 2008, focusing his efforts on the Arizona senator’s running mate, then-Alaska Gov. Sarah Palin.