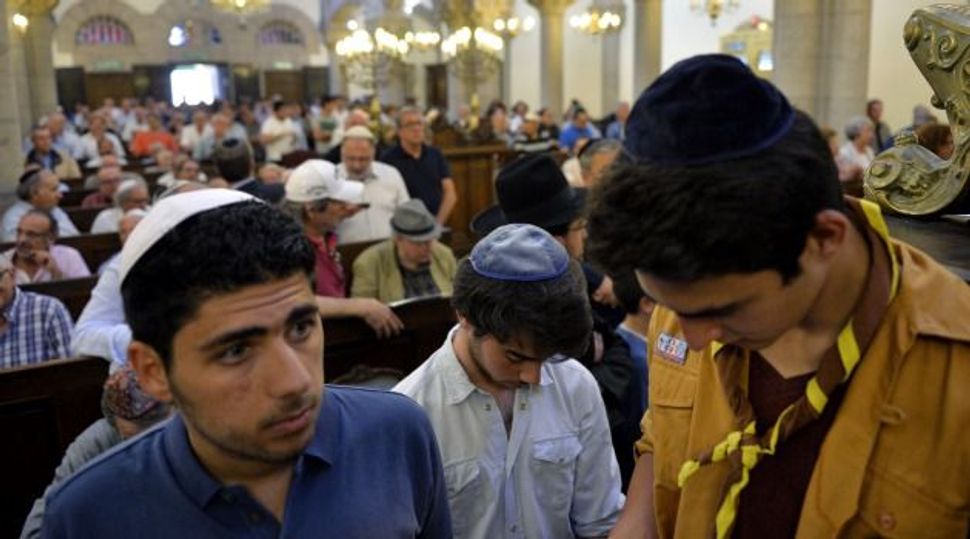 Synagogues in Israel are getting a new tool that will let them handle a Sabbath emergency – a tablet that’s designed to call first responders on the day of rest, when many congregants do not carry phones.

Developed by the software company Nedarim Plus, the tablet has only two features – to phone the police or an ambulance, and during the week to collect donations for the synagogue. In the case of emergency, the tablet lets users identify the cause of trouble and then dispatches help based on a GPS signal received from the machine.

The modified tablet was programmed by French immigrant to Israel Eliahou Arrouas, who first intended it for donations. “I was fed up with chasing after the synagogue sexton with cash or checks to pay him my synagogue dues,” he told the Times of Israel. “I told him let’s try setting up a system to make things easier for everyone. And that is what I did.”

Nedarim Plus has received approval from rabbis in Israel, and will soon release an English version for synagogues in the United States.