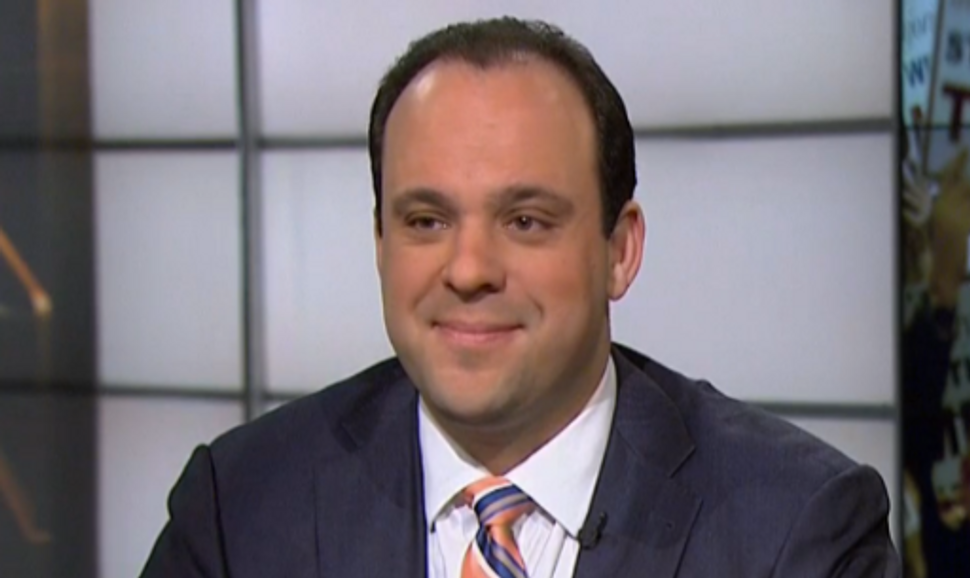 Boris Epshteyn has landed a sweet deal as a cable pundit after leaving his position as a White House special assistant, with Sinclair Broadcast Group – which owns and operates hundreds of television stations – hiring the Russian Jew as an on-air political commentator and analyst.

“We understand the frustration with government and traditional institutions. Mr. Epshteyn brings a unique perspective to the political conversation and will play a pivotal role in our mission to dissect the stories in the headlines and to better inform and empower our viewers,” said Scott Livingston, the vice president of Sinclair, in a press release.

Ephsteyn left his White House role – in which he served as a cable surrogate for the administration – back in March. He was a controversial presence as a media personality, with many accusing him of making racist and sexist remarks in the green room. He also has a documented anger management problem.

Epshteyn entered the president’s orbit due to his college friendship with first son Eric Trump. The two both attended Georgetown University.