This Jewish Student Is Creating A New Book Of Feminist Blessings 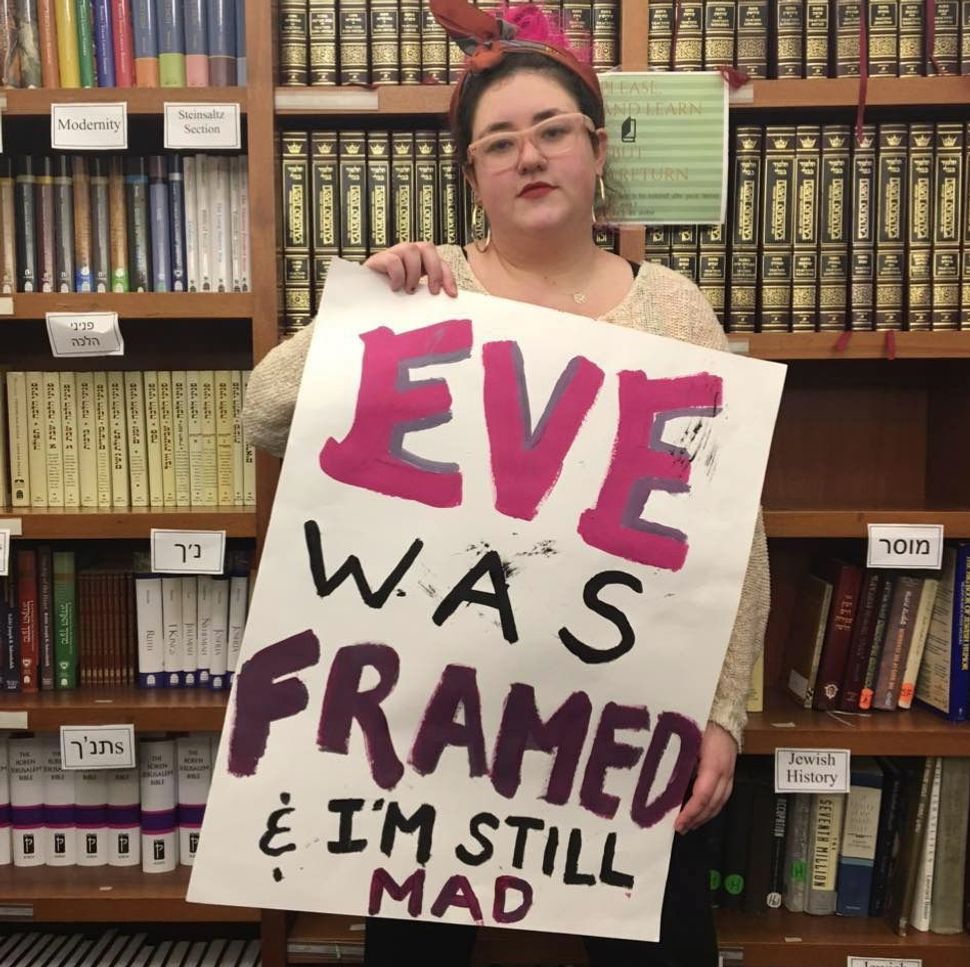 After being catcalled at a neighborhood deli some months ago, New School senior Emily Rogal felt jarred and upset. She wished she had a way to feel safe.

So she took out her phone and began writing. She called it her composition the “bodega bracha,” using a Hebrew word for blessing.

“I call myself halachically creative,” Rogal, who is 22 and was raised in a Reform congregation in Michigan, told the Forward in a phone interview.

This experience sparked a bigger project: writing and soliciting a new body of Jewish-inspired blessings mostly from her female friends about experiences, some unsavory, which they shared. They are written mostly in English, with a spattering of Hebrew words. Some are illustrated. Rogal calls it a “feminist blessing project” and believes the blessings fill a need by appealing to unaffiliated Jewish women who may feel that there is no space for them in major denominations.

She posts the blessings online and has had dozens of submissions. For example, there is a blessing for when one is bringing home a non-Jewish boyfriend, Rogal said, a blessing said after a miscarriage, and a blessing said by someone who feels they need to carry around protective pepper spray.

Rogal is going to Harvard Divinity School next year and plans on being a rabbi. She also hopes to collect the blessings into a book.

This Jewish Student Is Creating A New Book Of Feminist Blessings