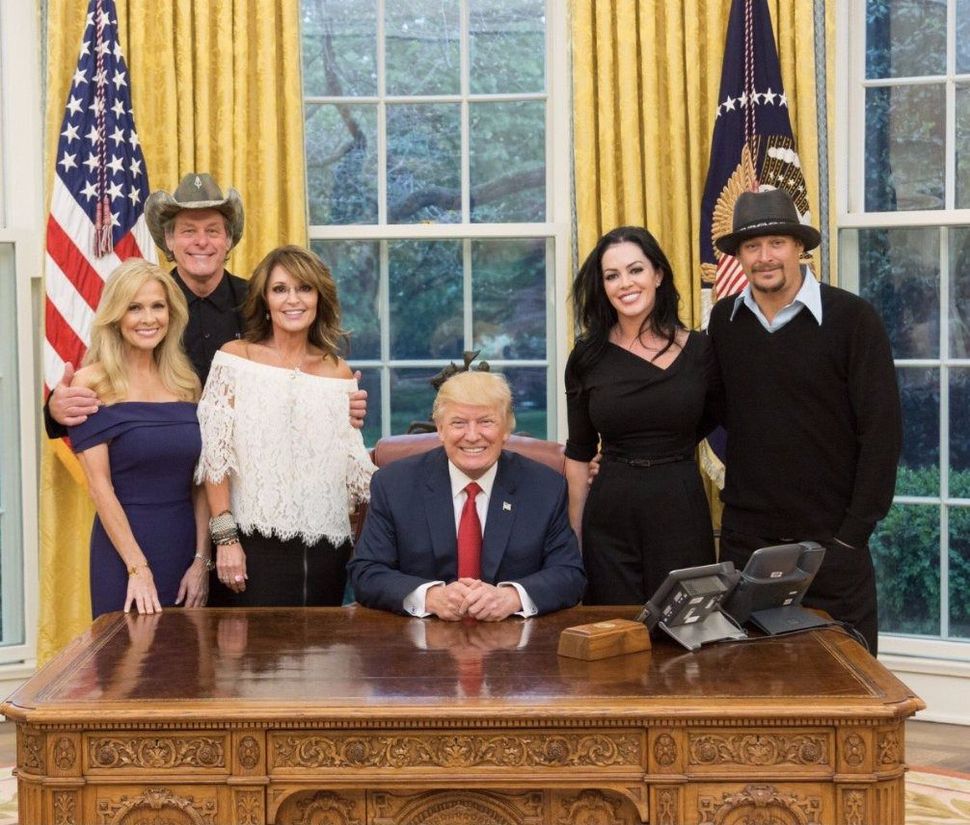 Photographs of the group’s White House visit appeared on Twitter on Thursday morning. In one shot, the three posed with Trump in the Oval office. In another, they mocked a portrait of Hillary Clinton.

Nugent has for years faced charges of racism and anti-Semitism. In 2016, Nugent posted an anti-Semitic image on Facebook suggesting that Jews are behind gun control efforts.

“Know these punks,” Nugent wrote, below an image of prominent liberal Jews, each with an Israeli flag on their faces. Nugent at first defended his post, before eventually apologizing.

Nugent has also called President Barack Obama a “sub-human mongrel”, and Hillary Clinton a “devilbitch”, among other things.