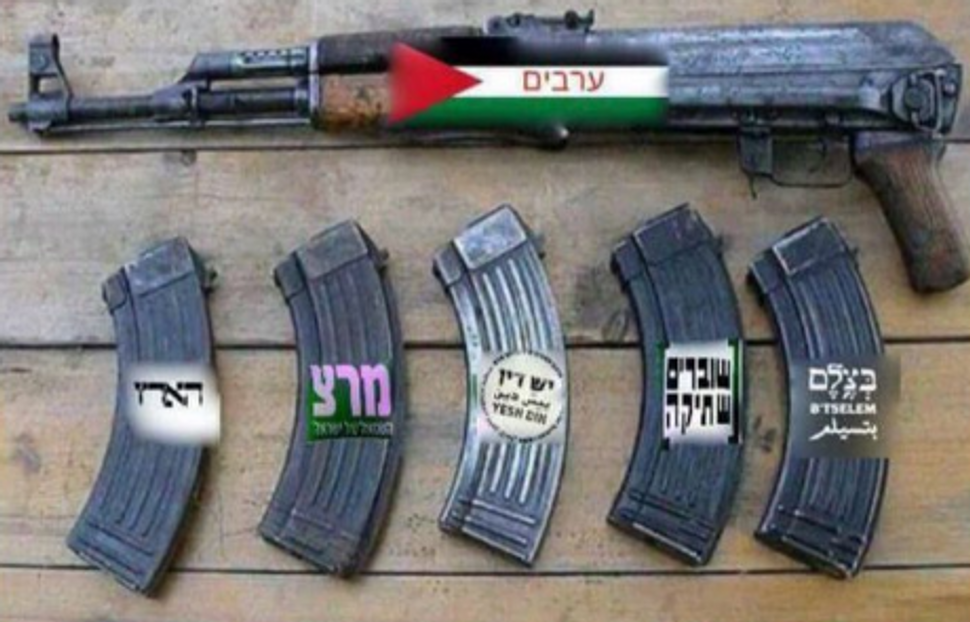 The now-deleted Facebook post featured a photo of a gun emblazoned with a Palestinian flag and the word “Arabs” written in Hebrew. Ammunition clips for the firearm were labeled with the names of left-wing groups and human rights organizations in Israel, including Meretz, B’Tselem and Yesh Din.

Meretz said in its complaint that Eliasi’s rhetoric could spur physical intimidation against devotees of Israel’s left. This isn’t the first time that Eliasi has used hot language. According to the Times of Israel, the Likud member has previously compared Israel’s left to the HIV/AIDS epidemic and called for forcible harvesting of organs from Palestinian terrorists killed by Israel.