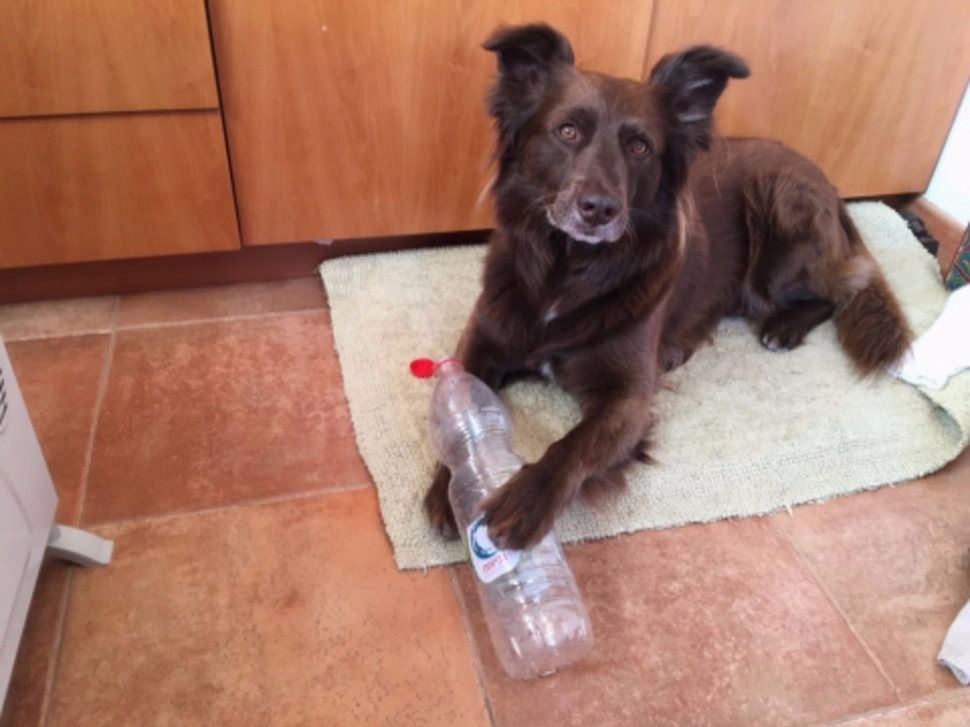 Perry the dog, in better days. Image by Facebook

A woman bought a billboard alongside Israel’s busiest highway, printed 150,000 flyers, and has offered a $5,453 reward – all to find her lost dog.

Perry, a dark brown mixed collie, was dropped off at a kennel when his owner, Raquel, left the country five weeks ago, Haaretz reported. But the day after she left, she was told by the kennel that Perry had run away. Raquel immediately flew back to Israel and has been looking for him ever since.

She suspects that Perry’s ability to open locks may have led to his escape: the kennel “told me they’d never seen such a smart dog,” she recounted. Since then, Raquel has scoured the area near the kennel and her home in Mevasseret Zion, near Jerusalem, bought a billboard on Route 1 between Jerusalem and Tel Aviv, and has distributed 150,000 flyers to every home in the area.

“Since he’s vanished I’ve been totally heartbroken,” she said. But because Perry had a microchip implanted, she remains hopeful that the pooch will be found.