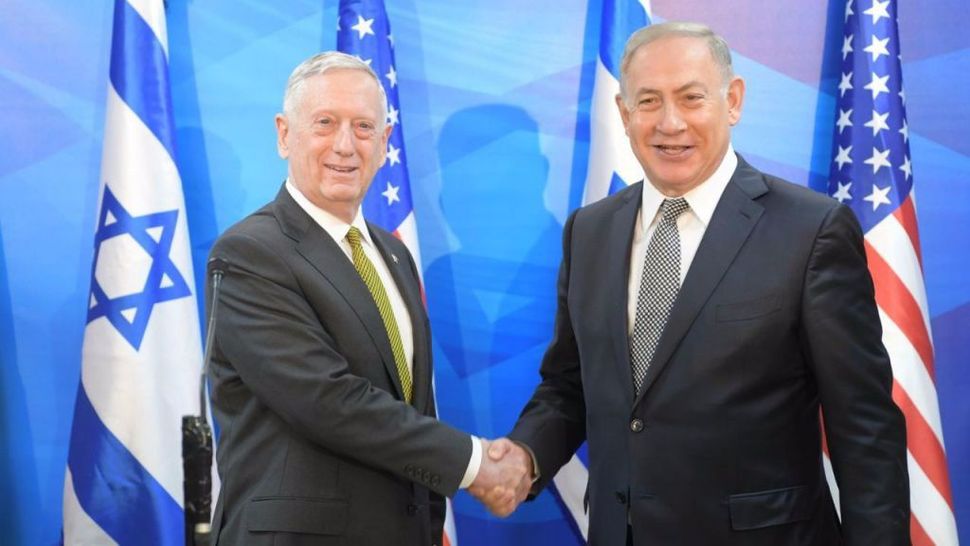 The “forthright words on the part of President Trump and very forthright deeds against the use of chemical weapons by Iran’s proxy, Syria,” Netanyahu said, have “been appreciated around the world and in our region. I think this is a welcome change, a strategic change of American leadership and American policy.”

Netanyahu also noted that Mattis had “very clear and forthright words” about Iran. “We sense a great change in the direction of American policy,” Netanyahu said.

Netanyahu and Obama clashed publicly over the nuclear deal with Iran, which offered the Islamic Republic sanctions relief in exchange for a partial scaling-back of its nuclear program. Netanyahu said the deal “paved Iran’s path” to obtaining nuclear weapons, whereas Obama said it was the best way to block that path.

The Iranians “appear to be living up to their part of the agreement,” Mattis said during a meeting with his Israeli counterpart, Avigdor Lieberman. The nuclear deal “continues to be in force,” he said.

However, he also warned “that in no way mitigates against or excuses the other Iranian activities in the region including the war in Yemen that grinds on and what they’re doing in Syria” to keep Assad in power. “But the agreement on nuclear issues still stands and that’s all I can say about it.”