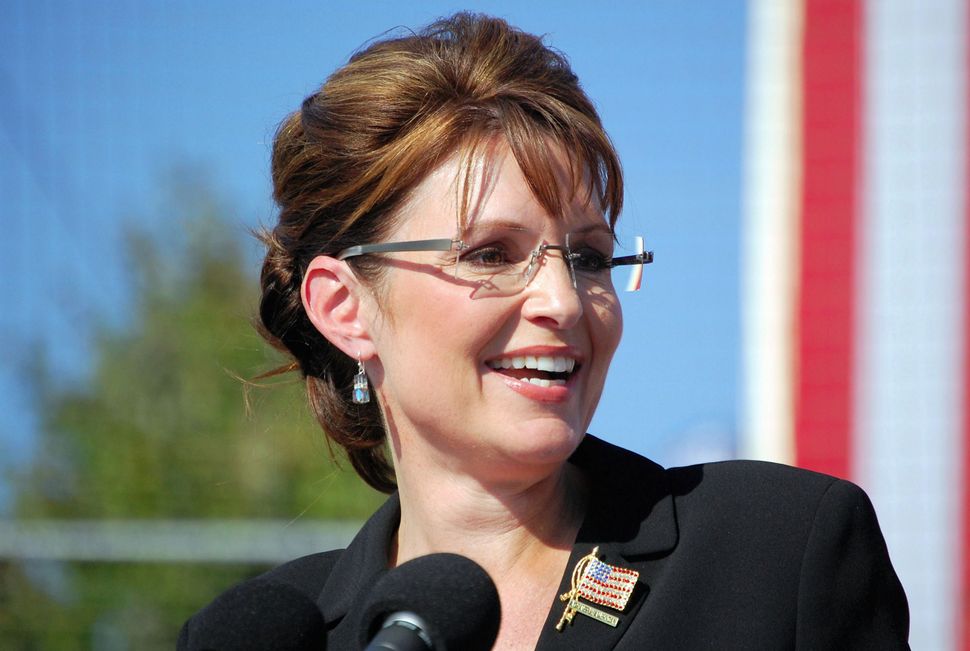 You Betcha: Sarah Palin speaks at a rally in Elon, N.C. during the 2008 presidential campaign. Image by wikimedia

Sarah Palin refused to definitively answer when asked in a Thursday interview with CNN’s Jake Tapper whether she had been sexually harassed while working at Fox News, which fired top primetime host Bill O’Reilly after years of such allegations.

“I wouldn’t put up with anything that would be perceived as intimidating or harassing,” she told Tapper, adding that she believed that Fox News, where she was a paid commentator for five years, needed a change in its culture.

But when pressed by Tapper, Palin would neither confirm nor deny whether she herself was sexually harassed while working there.

“I just — you know, it was time to part ways and, you know, get out there in, I guess, a more diverse arena to express views and to speak for the public, and that’s what I’ve been able to do now,” she said, explaining her departure from the channel.

Many prominent women at the channel – including former hosts Megyn Kelly, Gretchen Carlson and Andrea Tantaros – have alleged being subjected to sexual harassment by network executives.

O’Reilly is the second Fox bigwig to be forced out after such allegations surfaced — former network head Roger Ailes resigned in July.