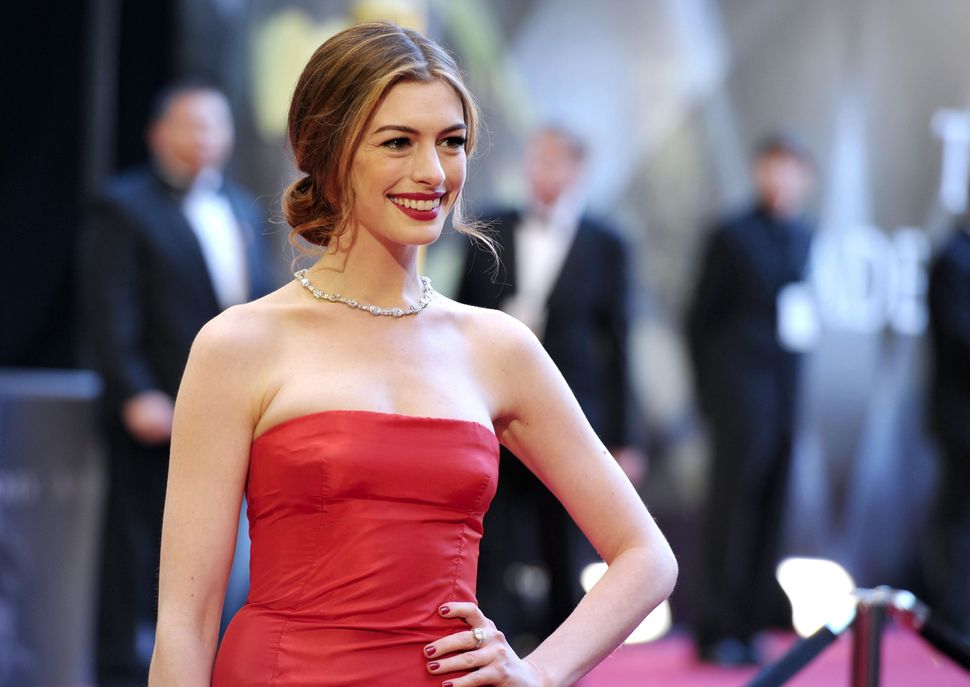 Anne Hathaway isn’t turning her nose up at Ivanka Trump.

The actress was asked on The View about a recent Instagram post the president’s daughter put up, which showed Hathaway giving a speech at the United Nations on paid leave.

Joy Behar, one the hosts of “The View,” called Trump’s support of the speech “disingenuous,” because of her father’s attacks on Planned Parenthood.

“Does it annoy you as much as it annoys me?” Behar asked.

“I’m surprising myself by saying this,” Hathaway began. “It isn’t easy to be Ivanka Trump right now.”

Hathaway added that she would be happy to come together with the president’s daughter if it meant fighting for the needs of families.

“If this can be the thing that helps us put aside the bulls—t and helps us support parents, then do it. Agree to cross the aisle,” she said. “I’ll work with Ivanka Trump. I don’t agree with her with everything, she doesn’t agree with me on everything, but if us putting that aside like grown-ups [gets people] support, yeah, you’re right I’ll do that. Absolutely.”