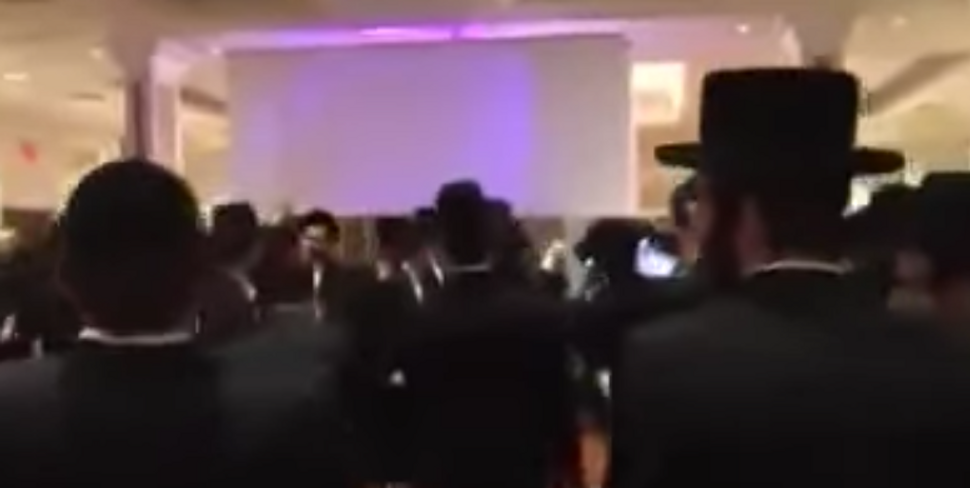 An unusual quiz is circulating in Jewish social media — challenging listeners to distinguish between snippets of Hasidic and Korean music.

Most of the music clips are up-beat and electronic — and it’s surprisingly difficult.

“There are many things Koreans and Hasidic Jews have in common: An emphasis on studying, good food,” read the introduction to the quiz, posted on a website called koreanorhasidic.com.

“Shockingly though, the music of these two very different cultures often sounds the same as well,” the site read.

The quiz of ten questions had been taken more than 20,000 times by Friday afternoon. The website also includes links to videos of Hasidim dancing to the popular Korean song “Gangnam Style” and Chinese women dancing to Hasidic music. There is also a link to a video of the South Korean ambassador to Israel being interviewed on Israeli TV.

A man named Ezra Yellin is behind the website. “I stumbled upon the similarities in music quite by accident and I felt a need to share it with the world,” Yellin wrote in an email to the Forward.

In a public Facebook post Jennifer Kostman shared her results from the quiz and wrote, “Jews and Koreans. I challenge you to take this quiz, it’s much harder than you’d think it would be!”